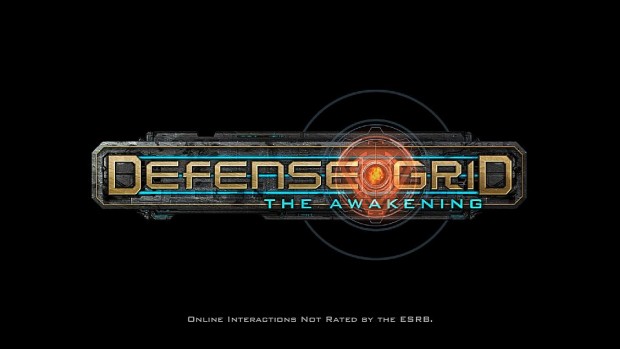 The origins of the tower defence genre can be traced back to a custom StarCraft map created in 1999 called Turret Defense. The genre was popularized further when WarCraft 3 was released in 2002: tonnes of TD maps were created by Blizzard’s map-making community, and it was played in spades on Battle.net by players all around the world.

Fast forward to 2009. Gamers looking to get their TD fix outside of the Blizzard games have a myriad of web-based, free TD Flash games to choose from on the Internet. Several TD retail games have also been released, most notably Plants vs. Zombies by Popcap for the PC, and Ninjatown by Shawnimals for the Nintendo DS.

So how does Defense Grid: The Awakening stack up against the rest of the competition? A quote from the in-game narrator sums it all up nicely: “IMPECCABLE WORK!”

The first thing you will notice about Defense Grid are the high production values that the developers, Hidden Path Entertainment, put into the game. You won’t find the same cartoony, vector-based graphics or hand-drawn sprites used by many other TD games. Everything in Defense Grid is fully modelled in 3D. Credit must be given to Hidden Path for developing a robust game engine that scales well. Even with several dozen enemies appearing on-screen at once and being simultaneously fired upon by an equally proportionate amount of towers, I did not encounter any slowdowns or stuttering issues. This was played with the game resolution pumped all the way to 1920 x 1200 on my 24 inch monitor.

Defense Grid offers a unique spin on the signature TD gameplay that we are so familiar with. Instead of simply stopping enemies from reaching Point A to Point B, players must now prevent them from capturing one of the 24 power cores on the map and then escaping with the core. Lose all your cores, and you lose the game. This “capture the flag” mechanic forces the player to strategise the layout of their towers carefully. Place too much emphasis on your “first row” defense, and you may find yourself in trouble dealing with enemies who have “leaked” through and are escaping with the core. Place too many towers in the rear to defend your cores, and you will find yourself with insufficient time to take down some of the tougher enemies with high hitpoints.

Casual gamers and beginners to the genre might be put off by Defense Grid’s difficulty, especially in the middle and late-game stages. An ordinary “wave” of enemies can consist of as many as 30-50 aliens, and it is not uncommon for one wave of enemies to overlap with aliens belonging to another wave. A wave radar is displayed at the top of the screen, showing you the wave number, the types of aliens in the wave, and when they will start appearing. Generally, I found the wave radar to be quite inaccurate in announcing when the next wave would arrive. New aliens would start appearing at the entry points even when the wave radar was clearly suggesting otherwise.

Unlike most TD games, there is no “Start the Next Wave” option in Defense Grid. Each wave is triggered automatically as time progresses. Moments of respite and “lull periods” are few and far between, resulting in relentless, non-stop action for the majority of the map. This, combined with the aforementioned overlapping of waves, makes Defense Grid almost too overwhelming at times. The game can be a very unforgiving experience for the novice player. Thankfully, each map has a checkpoint save system that allows players to resume the game at certain points of the map. This eliminates the need to replay the level from scratch should the player make a mistake or lose all of his cores.

The highlight of all TD games are of course, the towers themselves, and Defense Grid offers the most balanced and diverse selection of turrets to date. Every tower you build serves a useful purpose, there are no “useless” towers per se. The game does a good job of describing each of the tower’s strengths and weaknesses, and even offers suggestions on where and how a player should position the different tower types. In addition, players can unlock a powerful Orbital Laser weapon in the later stages of the game. The Orbital Laser will instantly obliterate any enemy in its area-of-effect, but it has a slow firing rate and a heavy cooldown between shots. Knowing when and where to use the Orbital Laser adds an additional layer of tactical depth to mastering Defense Grid.

It takes about 8 to 12 hours to finish the main story missions, depending on the number of restarts or checkpoint reloads. Hardcore players can easily triple or quadruple this play-time by attempting to complete the dozens of Challenge modes that are unlocked once the story missions have been completed. There is currently no multiplayer or co-op mode in Defense Grid, although Hidden Path have mentioned that they might consider adding multiplayer support to the game in a future update.

Defense Grid is not for everyone. If you aren’t already a fan of the TD genre, playing this game will probably not change your mind. But for the rest of us who crave for the challenge of setting up the perfect defense; of shaping the ultimate turret maze and mowing down countless hordes of creeps, Defense Grid is the most addictive and engaging TD game currently available.

The Cons: Might be too difficult for beginners, no multiplayer.

The Bottom Line: “The enemy has our core!” A unique take on Tower Defense gameplay that is worthy enough for fans of the genre.