The hottest Massively Multiplayer Online Role-Playing Game (MMORPG) in town, Dragonica, is finally here! Lauched at 4th of June by IAHGames for Open Beta Testing, Dragonica is set to lauch officially once game-card top-up and billing in the Philipines is integrated into the IAH system. With the success of Wizet’s Maplestory, there is no doubt that Dragonica will be the next most popular casual game in South-East Asia.

Both Dragonica and Maplestory are side-scrolling MMORPG, set to be kept free-to-play forever, while opening options to allow users to purchase prepaid cards to buy certain add-ons in-game such as clothings and power-ups. Wizet has generated an astounding 200 million USD from its 50 million subscribers all over the world, tapping onto the huge market of young gamers’ ability to spend. However similar, Dragonica has certain interesting in-game functions appealing to a wider group of gamers. 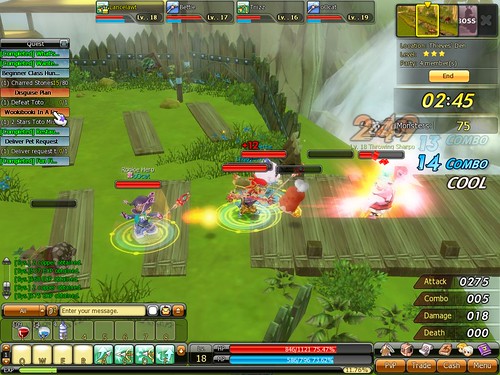 Dragonica’s user interface is slightly more complicated, as compared to Maplestory; it’s not something you could get used to immediately. It took me quite some time of playing around to be able to fully utilise the function, “Journal”, to access the achievements tab. It is also ridiculously hard to differentiate the types of potions since they all look similar, yet heal different amounts of hitpoints.

However, Dragonica is extremely appealing to a slightly more mature pool of players; with some of its complex in-game features, such as instances and quests, grinding is no longer an option. The game emphasizes on working together, doing quests as a party and synchronizing skills with each of the different classes. Which brings us to another glaring fact – Dragonica actually has certain in-game elements of the all-time most popular MMORPG in the world, World of Warcraft. Elements such as completing certain feats for achievement medals; quests that are available for doing once per day; and exclusive party-only mission maps, with 5 different difficulties. However, in World of Warcraft, item drops from bosses are rolled for by the party members, with the highest roller winning the item, whereas in Dragonica, each player is assessed individually, to determine their performance (Rank S, Rank A, Rank B, Rank C or D), which will determine the amount of random item rolls they will be getting, ensuring fairness. 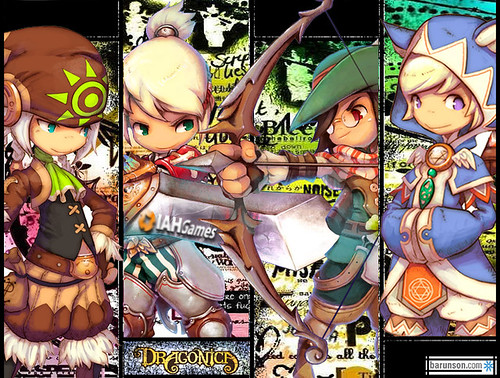 Dragonica also has a no-mouse feature, where you can experience all functions of the game without the use of a mouse! I believe this is extremely beneficial to Dragonica players using the laptop; even on the go, he or she can enjoy Dragonica without undermining any aspects of the game.

Dragonica is easy to level, has a really nice quest tracker system, a combo feature so that everyone can have their own unique way of hitting the monsters continuously to rack up the combo meter. Its personal style made easy. To top it off, the soothing BGM completes the game.

The Pros: definitely the most promising casual MMORPG to date

The Cons: might take some time getting used to the user interface and functions

Update preparing to turn TF2 into an MMORPG?

The Burning Crusade Launched in Singapore