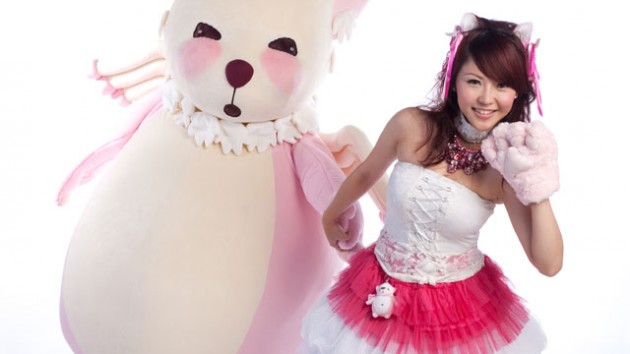 Kanny, who currently co-hosts Wonder Chef on MediaCorp Channel U, will mingle with players in-game and even go on quests with you using her character “GMKanny”. Kanny has also starred in several Monster Forest tutorial videos which are available on YouTube.

“I am excited and thrilled to be the ambassador and celebrity GM for Monster Forest as it is my kind of game. It has all the elements that I like, such as raising pets and farming and fits me perfectly,” Kanny said. “I’m deeply connected with my GM character as the way it is designed and dressed truly reflects my own style and personality!”

Besides interacting with Kanny in-game, players will also be able to meet her in person at the Asiasoft Game Festival 2010 this coming June.

Monster Forest is a free-to-play MMORPG set in a fantasy world where players can capture cute creatures as pets, engage in combat with them, as well as cultivate crops and livestock on personal mini-farms. The OBT will incorporate changes based on feedback from closed beta testers, such as an increase in experience points for quicker leveling and an increase in pet catching rates.