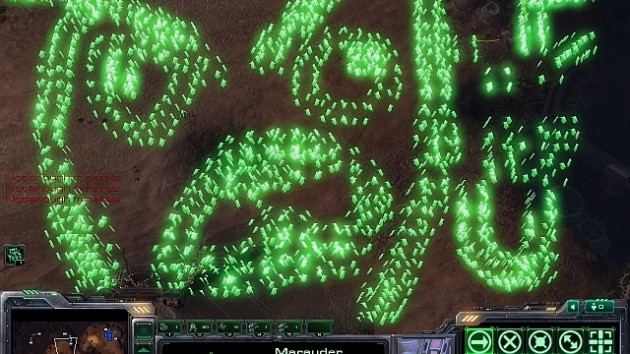 I’ve been sitting on this one for awhile, but yes, that Blizzard press release you’ve read? It’s all true. StarCraft II will retail for S$109 in Singapore, according to a Blizzard PR rep who told me last Friday that the press release is legit.

Before you go FUUUU- like in the screenshot above, pause to consider that this edition of StarCraft II is supposedly an unlimited-Battle.net-access edition, and that there will be lower pricing options as stated in the press release.

I know, I know. You didn’t have to pay a premium for unlimited-access to Battle.net in previous games like WarCraft III. And StarCraft II is going to be split up into three separate “episodes” (milking you for what it’s worth!).

These are all valid concerns, but my advice would be to wait until additional details about the alternative price options are out before venting your rage or disappointment further. Who knows, maybe the other options will be cheaper for those who only want the single-player experience or don’t play online much?

(Also, if you’re wondering how that screenshot above came about, I’ll cover that in a separate post. Stay tuned!)