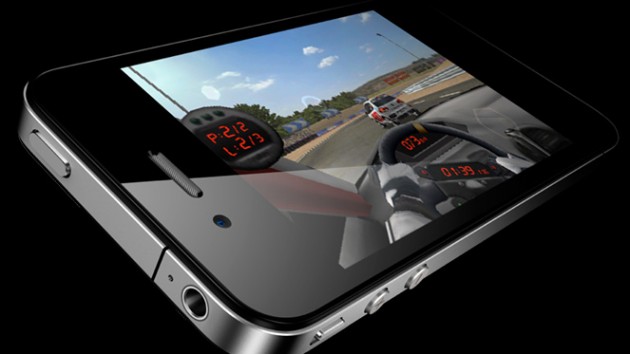 You’ve probably heard the news by now: the iPhone 4 and iOS 4 (the new name for the software that powers the iPhone, iPod Touch and iPad) was officially announced by Apple CEO Steve Jobs early this morning at Apple’s Worldwide Developers Conference 2010. Your favourite tech blog probably has all the details on the new hardware and software, so I’ll focus on what’s new and what’s important for gamers. Sad to say, there’s not much for us this time round.

The iPhone 4 will be the first phone with a built-in three-axis gyroscope, according to details on Apple’s iPhone website. But what does this really mean? Well, with only the accelerometer, the iPhone 3G(S) could only detect forward/backward and left/right tilting of the phone. With the new gyroscope, the iPhone 4 can detect when and how far you turn the phone, clockwise or anti-clockwise. This puts the iPhone on-par with the PlayStation 3’s Sixaxis motion-sensing controller.

In a nutshell, motion sensing on the iPhone 4 will be more precise and the new gyroscope sensor will potentially open up new possibilities for games that use motion controls, since it offers an entire new axis of motion and new motion gesture inputs. We’ll have to wait for game developers to include the new functionality in existing and upcoming games to really see this in action though.

Apple will bring its ebook platform from the iPad to the iPhone with iOS 4. What does books have anything to do with gaming? Not much, I admit, besides the possibility of being able to buy official game guides and bring it with you wherever you go. You may laugh at the idea, but there’s been one too many times where I’m out playing Pokemon SoulSilver on the DS and a reference to check out some Pokemon stats or a world map would have come in useful. The official guides weigh a ton, no way I’m bringing that around! iBooks would solve this problem rather neatly, and I wouldn’t have to sift those all those dodgy iPhone game guide apps any more.

No improved battery life (for gaming)

That was rather underwhelming wasn’t it? The addition of a gyroscope… and some ebooks. Even the iPhone 4’s improved battery life on phone calls doesn’t seem to carry over to games – I noticed that in the comparison chart between the iPhone 3Gs and 4, the standby time and video playback battery life remained the same (video is a better indicator of battery life for game applications, since both tend to be processor-intensive).

No Guitar Hero for Singapore

Activision’s Guitar Hero was featured in the announcement, and it retails for a reasonable price of US$2.99 for six songs. The problem? It’s only available in the US iTunes store, just like the Rock Band app which was released last year. No luck for us Singaporeans, sad to say.

The biggest thing missing for gamers – and the real reason I stayed up all night to follow the announcement at WWDC – is Apple’s Game Center, which was announced earlier this year in April. Game Center adds a friends list, achievements, leaderboards and matchmaking functionality to the games that use it – basically an Xbox Live or PlayStation Network, except on the iPhone. The fact that Game Center won’t find its way to the iPhone and iPad with the iPhone 4 was rather disappointing for me. Apple is still targeting Game Center for release “later this year”, so we’ll just have to wait.

iPhone 4 – nothing new for gamers?

As you can see, the iPhone 4 doesn’t offer much for gaming over the 3GS or 3G models. The only real hardware functionality added to the iPhone 4 was the gyroscopic motion sensor, while the software upgrades (iBooks and Game Center) will eventually find their way to the older models of iPhones. That being said, the iPhone 4 looks like an impressive piece of hardware and, overall, is leaps and bounds ahead of the iPhone 3G(S) in every aspect – except gaming.

iPhone will change the face of mobile gaming