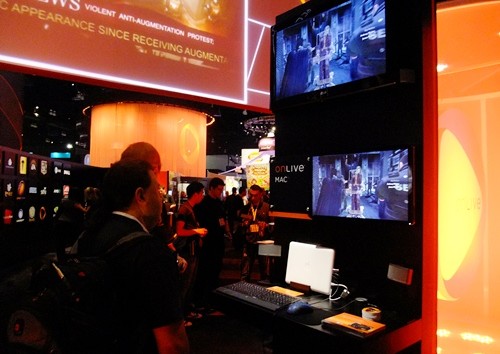 A few years back, I defined purchasing and owning a game being entering a retail store and paying for a box of discs. It felt much more personal to own a physical copy. And it felt real.

Therefore, during the first few years of Steam, I rejected its purpose and business model. My perceptions were justifiable in the sense that games were largely bought for the singleplayer story mode experience. However, times have changed and every blockbuster game being shot through the doors of studios have to be bundled with an online multiplayer experience. Along with that trend, I have forgone the materialistic need of a physical copy in favour of convenience and features.

So I gathered my thoughts one day and figured that if Cloud Gaming was to ever come into existence, it’d be the best thing ever since sliced bacon. For the ignorant, Cloud Gaming refers to game processing on a remote server. Put into simpler terms, it means all the CPU/GPU processing work will be done by the server hosting the games and users just load the screen from the server while sending their local peripheral inputs back for control. For the absolutely clueless, it means you can play any game, including  Crysis, on a Pentium 3 PC or Mac. The game will no longer be platform exclusive.

The basic mechanics involve running the game on the servers in the data centre and sending the monitor screen as a video over to the client. The client side controls the game using mouse, keyboard or controller by sending the input signals back to the data centre. You get to control a game running on another computer from your computer. Henceforth, the specifications of local computer no longer restricts what games are able to be played. No installation for games either. 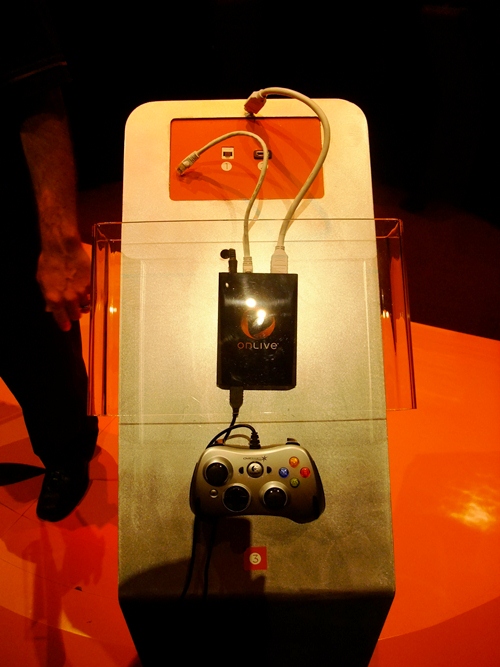 For those who have no spare computers, OnLive provides a small form console to connect to the TV

For those who have no spare computers, OnLive provides a small form console to connect to the TV

The first concern that comes to minds of gamers would be the lag. I gave the software a test run at using my friend’s pre-registration beta account and a second try at E3 today. It was ALMOST flawless. Controls were responsive, online play was acceptable. Apparently, the guys at OnLive managed to invent a new proprietary algorithm for sending video content over the internet at blazing speeds. All the user needs is a 5mbps broadband connection to enjoy 720p gaming. The algorithm allows live viewing of ongoing games too. 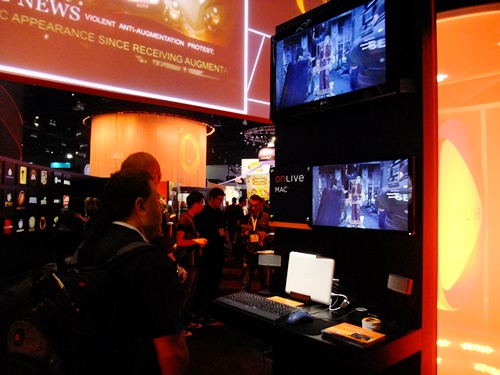 OnLive running on a PC

The second concern would then be the fact that the highest resolution the game may be enjoyed at is 720p. All the 1680 X 1050 and 1920 X 1080 monitors out there could eat the meagre amount of pixels alive. Nonetheless, gamers with high-end monitors won’t be the target audience to begin with.

The third concern would be the library of games available. So far, there are plenty of spanking new games available for purchase. If the booth babe at OnLive’s demonstration is to be taken seriously, there are currently 30 games available with 15 new ones on the way. Note worthy titles include Dragon Age, Assassin’s Creed 2, Just Cause 2, Mass Effect 2 and Dirt 2 too. New games? Check. Cheap ass PC gaming solution? Check.

Unlike Steam, OnLive is by itself a service. They are charging a monthly subscription fee (USD$14.99) just for using the software. This is where the futuristic gaming solution dream comes to an end. In order to process all the gaming content  accessed by thousands of users simultaneously, a huge amount of servers is required. These do not come cheap.

While I understand that a subscription fee helps to offset the humongous server costs, I, as a gamer, would sure as hell never going to pay for a service to sell me more stuff. Paying in order to pay. That’s like paying Amazon to catch a glimpse of their goods in stock. What’s more, the games you buy are not permanent. Unlike Steam, games that have been purchased through OnLive do have an expiry date. It took a lot of marketing effort from Valve to actually convince me that ownership of a digital copy is as good as a physical one. I wonder how much more it’d take to convince me that ownership of digital data is as good as renting it.

The technology is fancy, the idea is awesome, but the pricing structure and definition of ownership is a deal breaker for me. Until server hardware technology is advanced enough for a non-subscription based service, I don’t see the concept taking off any time soon. The only viable target market would be poor students who can’t afford an expensive computer but need a short term quick fix for games. That doesn’t bring about loyal customers. However, considering that a new gaming rig costs above a thousand, 15 USD a month is definitely a much cheaper alternative.

Who knows? Maybe the paradigm of game ownership might just shift for OnLive to be workable. Until then, my fingers are crossed.

*OnLive service has only been announced for US release