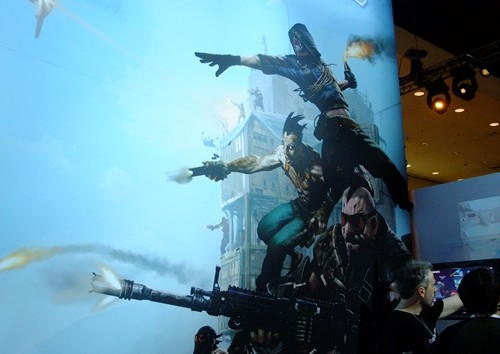 It is somewhere in the near future when the world is about to end from global flooding. An ark made to save 5000 lives somehow contained 50,000 instead. With scarce resources, war is on the brink of breaking out.

For the campaign and multiplayer, you get to choose from two factions: The Security or The Resistance.

The Security groups together to maintain law and order in the post-apocalyptic world while The Resistance bands together for just the opposite. The first-person shooter involves working in teams to quickly complete mission objectives while the enemy team tries their best to thwart the efforts. Players are able to change their classes on the fly to suit different situational needs. However, players are also restricted by the attribute points assigned through levelling up. Shooting of enemies yields experience points. After each level up, players are given a range of choices to specialise. For gaming clans that emphasize on teamwork and team toles, characters will have to be carefully planned out from the very beginning. 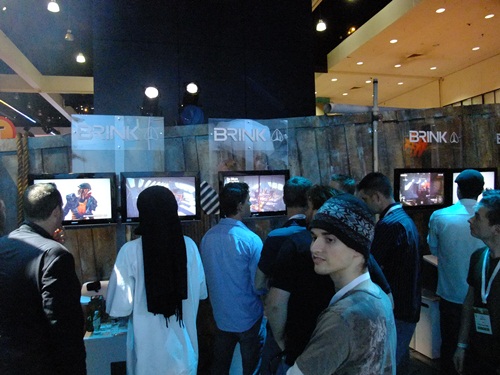 The character models and weapons are also highly customisable. You can change the head gear, tattoos (permanent), body gear, and whatsoever. Weapons can be upgraded and tweaked with different settings made possible through purchases. The Security and The Resistance pretty much carry the same kind of arsenal with separate model designs. The Security gets weapons with a sleek design while The Resistance gets a rugged alternative.

Gameplay was actually pretty fun, even with the usage of a PS3 controller. Halfway through my campaign, a random player joined into my game and instantly made it a co-op campaign. That is pretty sweet.

So… will it have dedicated servers?

“For the PC only, hell yeah,” said the developer on site, “Some people are insane to remove that feature. Why fix something that’s not even broken? I mean I understand where they’re coming from, but man, community support is so much more important. The community needs to grow through modifications and custom games. I can’t say the same for consoles but it’s so important for the PC. Crazy people are crazy. Don’t quote me on this.”

Don’t worry developer on site, I have replaced specific names with “people” instead. And I agree with you wholeheartedly. It’s nice to see that developers still care about their customers. You have my money on this product.

The game is set to launch in Spring 2011 on the PC, PS3 and Xbox 360. The game on demo was a pre-alpha version that has been in the works for around two years. I have good hopes for this.