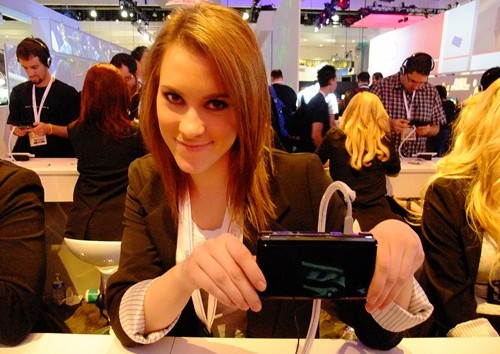 I have no idea how the magicians at Nintendo did it, but yes this is indeed 3D gaming without 3D glasses, and it’s see to believe.

Here are some of my thoughts after playing through several demo games on it:

1. The knob to change the depth of 3D is pretty cool. You’re actually able to change the optimum viewing distance between your eyes and the game screen. The ability to switch off 3D on the fly is also really nice for people who get dizzy using 3D for extended periods of time.

2. 3D gaming actually allows for better depth perception for different objects as compared to a flat screen such that you’re able to exactly gauge the location of each object.

3. The distance between the screen and the eyes tend to change for different software so the user would have to constantly pull back and forth to seek the optimum experience.

4. While the 3D effect is most certainly impressive, the effect is lost if the distance is not correctly set. For engaging games that result in subconscious tilting of the device, the player is bound to suffer since a different angle kills the effect and causes heavy giddiness.

5. Immersive 3D is only so because of the huge theatre screens. Achieving 3D on a tiny screen like the 3Ds makes it more of a magic box effect whereby you experience more of the illusion of a world behind the screen rather than objects popping out of the screen.

6. The device has a 3D camera on the back which allows for 3D photography. Now you can store your precious memories and create cool depth effects in giddy giddy mode.

Will I buy a Nintendo 3DS? Yeah most probably. The technology itself is well worth the money. For those who remain skeptical of its screen effect, wait till the launch and give it a try at a store near you. Trust me, it’s mind-blowing. Without glasses.