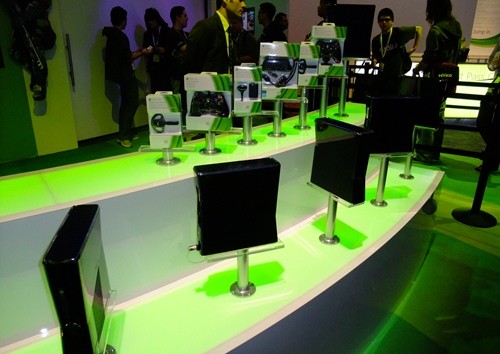 Following the steps of Sony in slimming down the Playstation 3, Microsoft has unveiled their new slimmer version of the Xbox 360.

The new console has a sleek show car shine finish which has its tactile response buttons replaced with touch sensitive ones. The controller has been given a brand new black over haul and it looks really cool. You could pretty much say its remodeling is modeled after the Playstation 3.

This new version actually looks really appealing and with the line of new games coming up, I might just convert from a Sony monofanatic to a polyconsole gamer. Attractiveness of the new version has also caused some concern amongst local console store owners who are used to prioritising the sales of the Playstation platform, since we all know that the Singaporean gaming market is mainly owned by Sony.

“I sure hope Xbox 360 Slim never takes off in Singapore. I’m kind of used to not caring about its impact.”

As for whether it’ll actually start to attract the attention of the locals, time will tell. For now, Microsoft has just successfully reserved a hefty portion of my wallet.

The PS3 Slim and what it means for local gamers