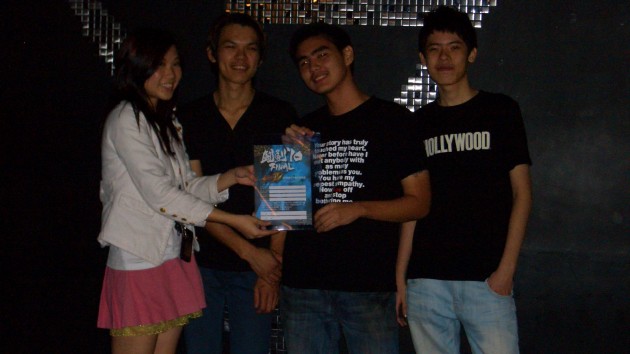 Needing to win two sets of matches in order to win the tournament due to the double elimination format, Team Bets took an early lead with Ganguro (Sagat) defeating Tommy (Chun).

However, Leslie bulldozed his team back into the lead with his masterful use of Sagat, defeating Ganguro (Sagat) and Gackt (Ryu).

It was left to Team Bets’ Dixon (Balrog) to pull back a win for his team. Dixon put his SFIV competitive career on the line, declaring to the tournament announcer before the match that he would quit the game if his team did not win the finals.

Dixon (Balrog) fought valiantly, twice coming from behind to knock out Leslie’s Sagat while at a life disadvantage.

In the decisive match versus Xian’s Akuma, Dixon managed to use Balrog’s EX Golden Headbutt to counter Akuma’s Raging Demon with one second remaining on the clock, knocking out Xian (Akuma) in the process to tie the round at 1-1.

However, Xian held on for the win by capitalizing on a rare error by Dixon, using Akuma’s fireballs to finish off a mis-timed turn-punch by Balrog.

Yagami said his team had worked out a plan based on the team brackets.

“The brackets were actually released early, so we were studying how to line-up our team against the members of the other teams,” he said. “However, we did not expect Tetra to lose to Gackt’s Ryu, because he always manages to defeat him. That was the turning point for us in the tournament.”

Jon “Jonda” Lim, one of the tournament announcers

IGC champions to be seeded into WCG Singapore 2007 national finals