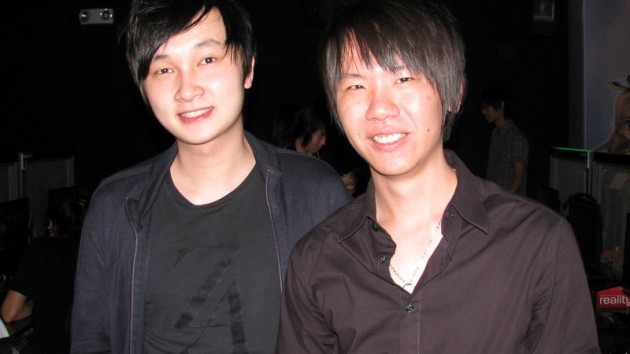 They defeated the team of Xian-Ren “SevenIce” Guo (using terran) and Jun-Hong “Revalution” Chow (using terran) in an entertaining final that highlighted some of StarCraft II’s interesting multi-race unit combinations.

KimJangTiu, who also goes by the nickname of FLYSHOW in competitive WarCraft III, used High Templars to counter his enemy’s Siege Tank rush, allowing Shagface to finish their opponents off with a Baneling drop – using Overlords with the Ventral Sacs upgrade to transport Banelings directly on top of the enemy’s units.

“The Baneling drop was to counter their Siege Tanks and Marines,” Shagface said after his team’s victory. “We also used Mutalisks to harass them.”

Shagface was one of the few players to use the zerg, with the rest of the 2v2 and 1v1 competition players mainly using either terran or protoss.

KimJangTiu added: “The protoss are my strongest race. I like to use High Templars to counter many terran tactics.”

The Terrans have landed