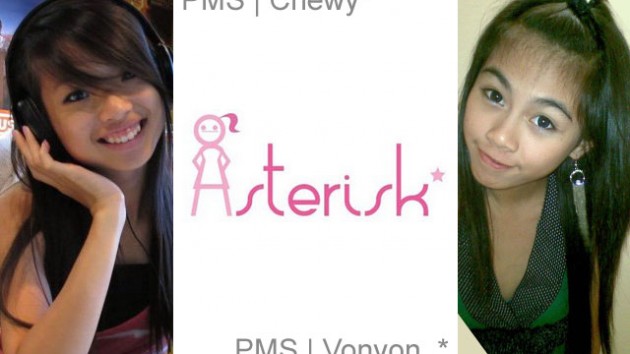 Singapore-based all-girls DotA Allstars team PMS | Asterisk* has added Huizhen “Chewy” Tan and Yvonne “Vonvon” Yong to their ranks on Monday, according to an announcement on the team’s official website.

The two girls first went through an open audition with a handful of other girls on Saturday, where their gaming skills and potential, attitude, work ethic and chemistry with the team were assessed. Existing Asterisk* members then held two days of discussion before selecting Chewy and Vonvon as new members of the team.

Chewy, 19, is currently studying Japanese in preparation for a tour of Japan two years down the road. Besides being a gamer, Chewy has also represented her school in volleyball and cross-country.

“I hope to gain fun, experience and lasting friendship,” said Chewy about joining Asterisk*. “I love travelling tremendously and I’m interested in the opportunity to travel overseas.”

Vonvon, 15, is currently pursuing her O-levels at Fuchun Secondary School and hopes to become a lawyer in the future. She enjoys kayaking, swimming and running in her free time.

“Joining Asterisk* would help me gain more experience in gaming and not just to play without meaning”, said Vonvon.

According to Asterisk*’s content and marketing manager Dawn “pinksheep” Yang, the two girls will see their first-ever competitive gaming action as part of team Asterisk* later this year at the SMM Grand National DotA Tournament in Malaysia.

“Both (Chewy and Vonvon) have never attended a tournament before, much less one overseas,” said pinksheep. “They will be coming along (with the team) to familiarise themselves with the stress level at events and to pick up things like how we deal with the people there, how to present themselves and so on.”