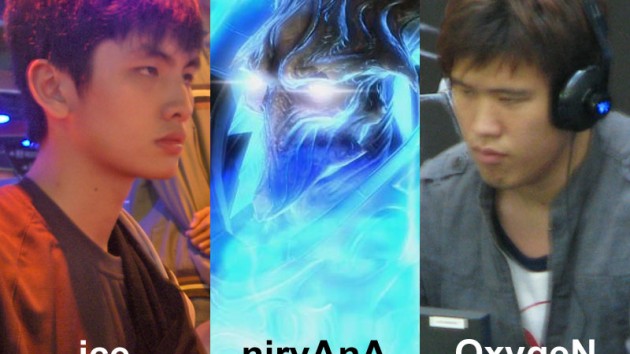 nirvAnA, currently ranked second in Blizzard’s SEA Top 200 ranking, has no illusions about the difficult task he faces as he goes into the tournament looking to place in the top four.

“I have an extremely tough bracket. I have to beat cobo, then Kowi, then GLaDe, then RedArchon to advance,” nirvAnA said. “GLaDe and RedArchon in my opinion are far above anyone else (in their level of play)”.

The Singapore player that has the best shot at the winning the tournament is ice, says nirvAnA: “If Roz somehow upsets RedArchon, ice will have a strong chance of going (to Blizzcon).”

ice, currently ranked third in SEA, did not want to say if his first round opponent, Fenneth, or potential second round opponents Roz and RedArchon would pose a problem for him.

“I’ll win (against my opponents) if I’m good enough,” was ice’s humble answer. However, don’t let his response fool you. ice has set high expectations for himself for this weekend’s tournament.

“My only expectation would be not to lose,” ice said. “I just don’t like losing because it gives you this horrible feeling. You’ll be like ‘damn, should have made that shit earlier’ or ‘should have scouted that’.”

In contrast, OxygeN — currently ranked 22nd in SEA — is confident of winning his first opponent Legionnaire.

“Protoss is my most confident matchup, so I’m feeling really good and rather confident (against Legionnaire),” OxygeN said. “However, my bracket is pretty insane. If I do get past Legionnaire I’ll have to go up against GLaDe and possibly nirvAnA, so it’s not an easy route for me in any way.”

“I don’t really know how far I can go but I’ll do my best,” added OxygeN. “As long as I execute all the strategies I intend to use flawlessly and not crumble to any pressure, it will be good enough for me.”