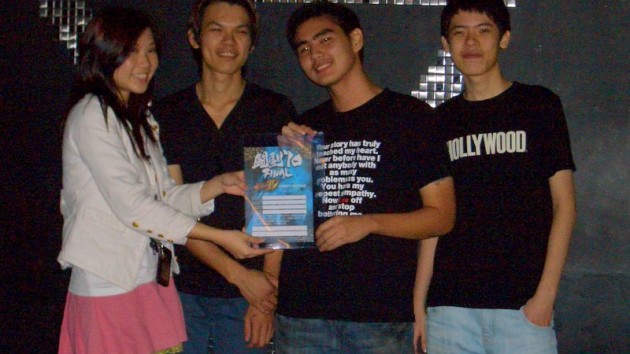 Team Happy — consisting of Kun-Xian Ho, Tommy Teo and Leslie Cheong — may be forced to withdraw from the Tougeki ’10 international Street Fighter IV competition this weekend due to visa problems faced by a team member.

Tommy is having difficulties getting his travel visa approved by the Japanese embassy because of his Malaysian citizenship, according to team leader Kun-Xian.

Kun-Xian and Tommy were at the Japanese embassy this afternoon to sort out Tommy’s travel documents.

It is not known if Tommy’s visa will be approved in time for the Tougeki ’10 Street Fighter IV 3-on-3 competition, scheduled to start on Sunday, 19 September at 10am.

“Hopefully everything can be settled by this weekend. Tommy can still make it by taking the Saturday morning flight,” Kun-Xian said. “If not, it will be a really huge disappointment.”

Team Happy had qualified for Tougeki ’10 after winning the Tougeki ’10 SF4 Singapore qualifiers in August.

Even if Team Happy is forced to withdraw from the SFIV competition, there will still be a Singapore representative at Tougeki’10.

Kun-Xian has qualified to compete in the King of Fighters XIII singles competition, which starts on 18 September, 10am.