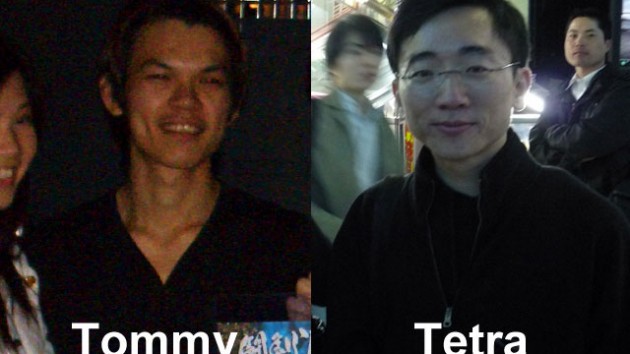 Update: Tommy managed to obtain his visa on Friday, 3pm. He is already in Japan after taking the Saturday morning flight.

Original: Team Happy’s Tommy Teo will have to wait until 2pm on Friday to find out if he will be able to make the trip to Tokyo, Japan for the Tougeki ’10 (SBO) Street Fighter IV 3-on-3 competition.

Tommy has been having difficulties getting his travel visa approved by the Japanese embassy not because of his Malaysian citizenship, but because Tommy had only submitted his visa application on Wednesday afternoon.

Tommy had mistakenly assumed that the travel arrangements for his participation in Tougeki ’10 would be handled by the organisers of the Singapore SBO qualifiers, and that they would inform him if he needed to apply for a visa.

“I know there was a lot of time to get the visa settled, but somehow nobody informed me about this,” Tommy said.

dreamer87 claimed that Tetra had misled Tommy about visa requirements for travel to Japan, and that Tetra had further snubbed Tommy when he called Tetra up for advice regarding the visa problem.

Speaking to NGNT, Tommy said he believes that Tetra had told him that a visa was not necessary: “When I asked one of them (Wilson “Tetra” Chia) on Wednesday, he said that I did not need a visa to travel to Japan.

“It was only after I asked my sister to help me check the Internet that she told me that I needed a visa.”

Tetra, however, has a different version of the story: “He (Tommy) just called me and asked, so I said I was not sure. In any case, he only asked me about it yesterday (Wednesday) at 8am.”

Since then, Tetra has been working round-the-clock to ensure that Tommy has the best chance possible to get his visa approved in time for the Tougeki tournament.

“I asked my Japanese friends how to type a proper e-mail to send to SBO and called Japan to ask them to read my e-mail and to help forward it to the embassy,” Tetra said. “I have been doing all these since yesterday even though I had to work (at my day job).”

Tetra also said that dreamer87‘s allegations that Tetra had suggested finding other players to replace Tommy on Team Happy was not true at all.

“I told Tommy that if he can’t get his application done on time, I will approach the tournament organisers and ask if it is possible for Kun-Xian and Leslie (Tommy’s team mates) to play 2-on-3 without him,” Tetra said.

Regardless of what actually transpired, both Tetra and Tommy are now firmly focused on getting Tommy’s travel arrangements smoothed out.

“I am not angry at Tetra or Round1.sg now,” Tommy said. “I just feel frustrated at taking up everyone’s time, especially my boss at my workplace, who had helped me out with the visa application.

“I just don’t want to disappoint the people who had put in so much effort into this competition.”