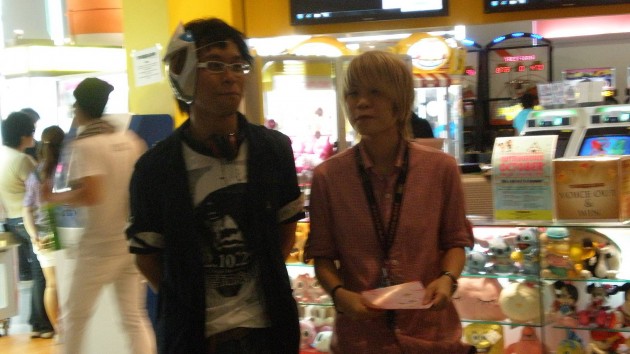 Malay (using Ragna) emerged as the champion out of a field of 64 players at the Akahoshi Memorial BlazBlue: Continuum Shift tournament on Saturday after defeating Ziomatrix (using Hakumen) in the finals at Bugis Iluma.

“It was a crazy tournament thanks to the commentators,” said Akane, one of the participants of the competition. “Everything was so uncensored, from CB to F-words to Lampa 11 [a pun on the character Lambda-11].”

“It was not a family-friendly event, especially for those with refined ears… but still, it was great fun just to be there,” she said.

Organised by the folks at Rebel2SG (originally called [email protected]), the Akahoshi Memorial Tournament is named after Japanese player Daichi Akahoshi, a regular in the Singapore BlazBlue community.

Daichi returned to Japan in early September to prepare for further studies in Australia after participating in the previous BlazBlue 2v2 tournament.

On the left: Malay (1st place)

On the right: Ziomatrix (2nd place)

On the right: Jaeshi (third place)