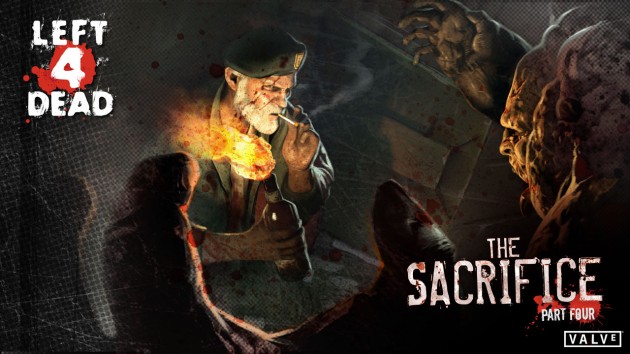 The Sacrifice campaign for Left 4 Dead is a very different kind of campaign, and it’s arguably the last ever official campaign that L4D will receive — one of the survivors will die a heroic death, sacrificing him or herself to save the team. This guide that will walk you through the finale of The Sacrifice.

Disclaimer: This guide is written based on a quick normal mode play through that my friends and I did earlier today. Your play experience might differ if you play on harder difficulties, especially on expert.

Before you begin the finale, it is advisable to explore the map to find gasoline cans. Gather them and place them at the entrance to the bridge — you’ll need them for later.

To begin the finale, you must turn on three generators to power up the bridge. Seems simple enough, except that turning on each generator will cause an infected horde attack, followed by the appearance of a Tank.

Just send one player to each generator and use voice comms or the in-game chat to make sure everyone starts their generator at about the same time, then meet at the crossroads again to deal with the horde and tanks.

On advanced and expert, you might want to exercise a bit more caution and activate each generator one at a time. There’s an ammo supply point at each generator, so there’s no worry of ammunition running low.

Once the tanks are cleared, head to the bridge. All players must be on the bridge before you can hit the switch that will begin raising the bridge… to freedom! Before heading up, all – or at least most – of the team might want to consider switching to the auto shotgun — it will come in handy to take out incoming horde and Tanks later on. 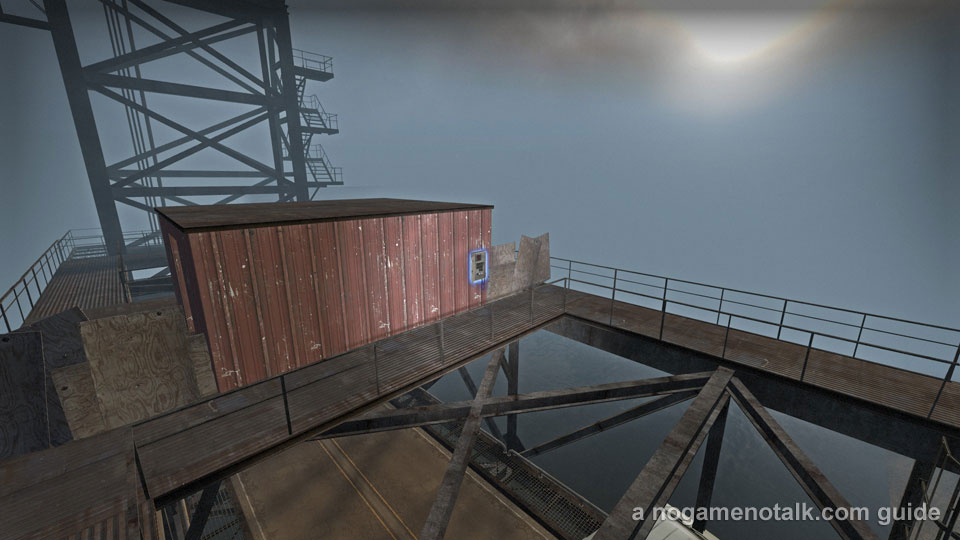 Hit this switch to raise the bridge... Let's hope the generator doesn't fail!

Well… Surprise! The generator failed. This is where the sacrifice in The Sacrifice comes into play. But before you send a player or two down to restart the broken-down generator, you’ll need to clear the infected mob first. I learnt this the hard way when our team went to restart the generator, only to be owned and smashed by the three to four tanks that spawn during this part of the finale. 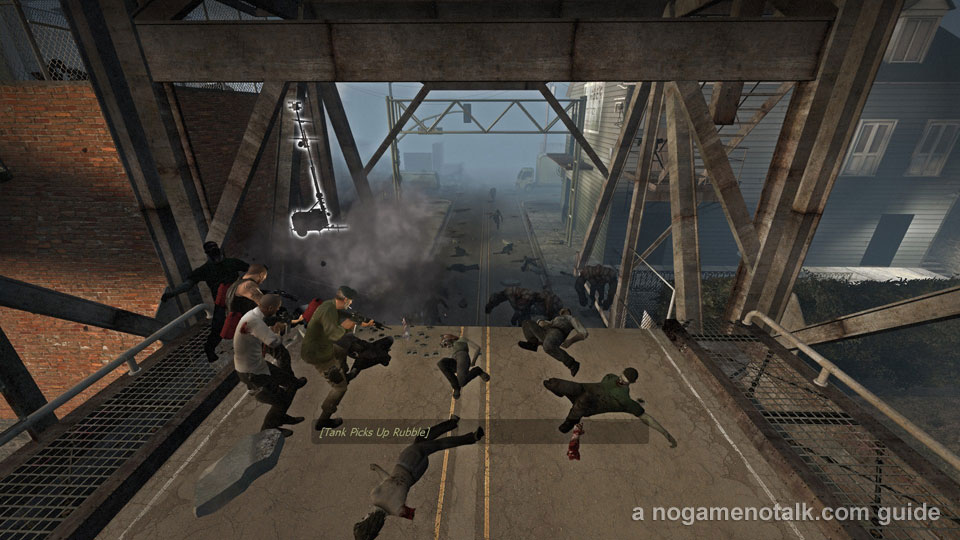 To efficiently clear the infected horde, all survivors should climb up the ladder to the upper platform of the bridge. Remember the gasoline cans you placed at the entrance to the bridge before you started the finale? Here’s where they come in handy. Shoot them to lay down fire at the entrance to the bridge, setting all infected and Tanks that approach you on fire. If you didn’t manage to find any gasoline cans earlier, molotovs could work as well. There’s also a machine gun placement that is useful to deal damage to the Tanks.

However, the fire won’t be enough to stop the Tanks. Luckily, there’s only one way a Tank can get up to the platform, and that’s by the ladder. This is where the auto shotgun will come in handy. Station yourselves near the ladder and be prepared to spam the hell out of Tanks that attempt to climb up. Don’t worry about being knocked off the platform by the Tanks  — the railings around the edge of the platform will stop you from being knocked off. 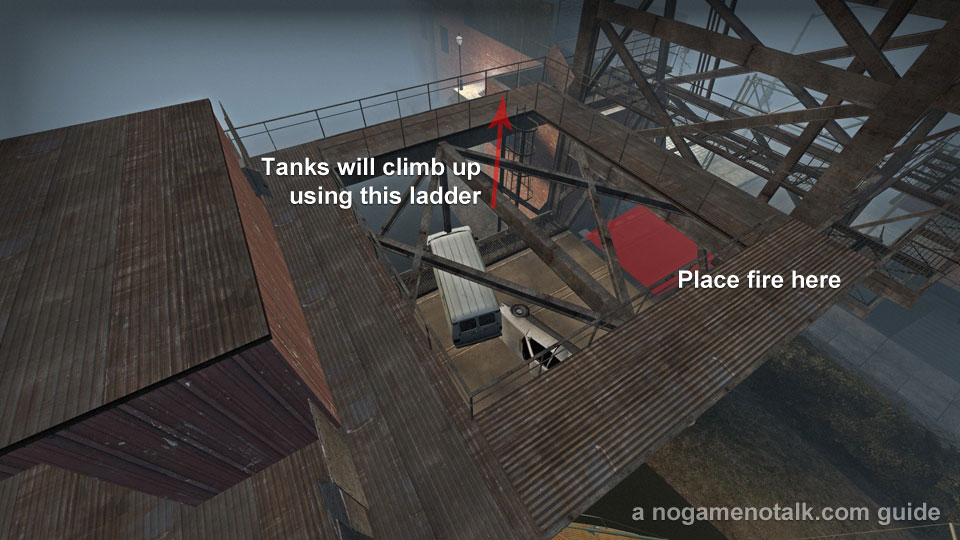 It's always easier to visualise with an image!

Once the first wave of Tanks are down, send one of your players down to restart the broken generator. If your team has any pipebombs left, now is the time to throw them to provide cover for your player’s heroic sacrifice. Take the stairs down the platform to the machine gun placement, then jump to the balcony on the opposite building and down to the road. Run straight to the generator and activate it to sacrifice yourself and save your team. 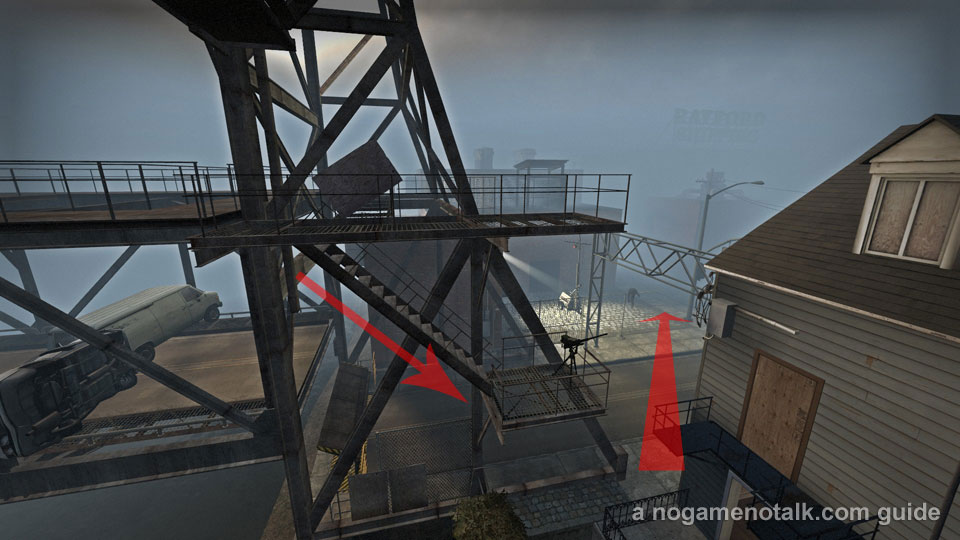 This way to the generator...

Sacrificing yourself for the team will unlock for you the Supreme Sacrifice achievement. If you also happen be playing as Bill, then you will unlock the Kill Bill achievement as well. Although the description for both achievements seem to imply that the entire team will get the achievements, only the player who sacrifices himself will get it.

That’s it! If you have any suggestions to make this guide better, do leave a comment.