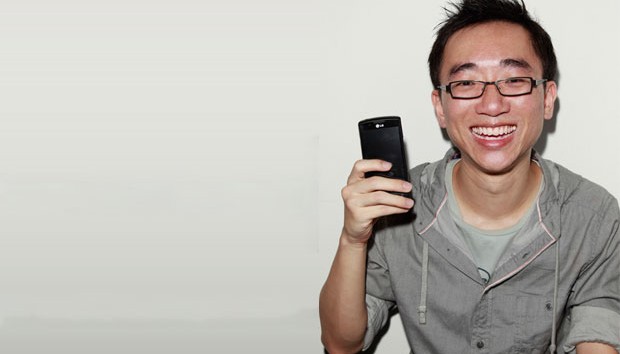 Wilson “Tetra” Chia, one of the best competitive fighting games players in Singapore, has been trying his hand at a different sort of contest recently. He has been competing to be Singapore’s Life’s Good Ambassador for LG and hopes to raise the profile of the gaming community in Singapore by doing so.

Tetra was invited by marketing firm one9ninety, the company which is running the contest on behalf of LG, as a “major online influencer” to participate in the Life’s Good Ambassador contest.

“I don’t know where they started, but they found info about me and my blog, then they contacted me via my blog,” Tetra says. “It makes sense, I guess, cause I am one of the few gamer bloggers.”

As part of the contest, Tetra was given LG’s recently released Optimus 7 handphone, which is running on the spanking new Windows Phone 7 operating system. Tetra then has to show how life can be better or more fun with the Optimus 7, something he has attempted to do by uploading photos he has taken with the phone’s camera.

“I’ve been showing how life is better mainly with pictures of  my life – I actually got some people in China to take pictures with the phone,” says Tetra. “I’m probably gonna ask some cosplayers for pictures this weekend (at Anime Festival Asia) too!” 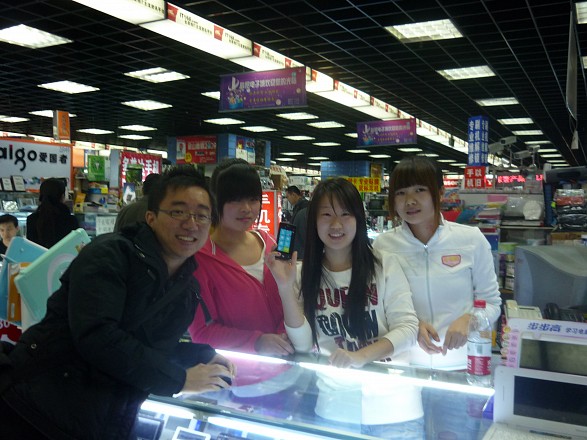 So, is the phone itself any good? According to Tetra, the Optimus 7 is a huge improvement compared his previous phone, which did not even have Wi-Fi capability.

“Life has definitely been better. Previously, I couldn’t access Facebook and stuff on my phone. Now I can and I just do everything on the way to work,” Tetra says. “The (phone’s camera) picture quality is good too, I don’t have to keep taking out my camera now.”

While all of that about the LG handphone is fine and dandy, Tetra’s main goal in taking part in the contest is to show that the gaming community does have a significant influence and impact in Singapore. That’s something that we, as gamers, can all get behind.

“My objective is to get enough votes to prove that gamers do have a scene,” says Tetra. “I am the only gamer in this whole LG thing. This is the first time a gamer has been invited into something that is pretty much non-gaming related, and I hope that more gamers will get a chance in this kind of stuff.

Tetra has really stuck to his gaming roots in the LG contest, snapping photos of the game events he has been taking part in and even of the life-sized Sephiroth figure in the Square-Enix shop he visited while in Japan.

Unfortunately, despite Tetra’s noble ambitions, it seems that the gaming community hasn’t quite gotten behind him. He is currently 12th out of the field of 20 contestants, with only 175 votes to his name. 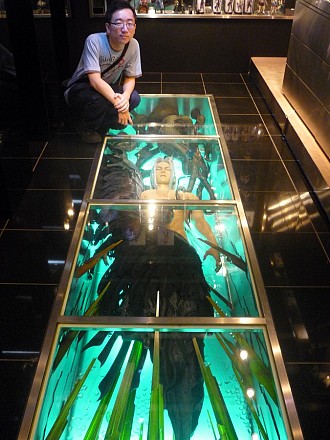 It’s a problem that Tetra acknowledges quite candidly: “It’s difficult unless I get a decent about of traffic in this Facebook thing. Only then will the people from LG and other companies will see that gamers can actually get quite a lot of attention”

“The reason why they don’t get more gamers is because they don’t see a need to it. I guess LG probably doesn’t feel that they would be able to attract more attention by having more gamers in the contest,” Tetra explains.

The cynics might say that Tetra is merely doing this for himself and that’s a truth that Tetra himself admits, although from speaking to him, it is evident he really does care about the gaming community.

“I don’t need to win, I just want enough support from gamers to show that gamers have a scene and a community,” Tetra says.

“I want gamers to be proud of themselves as a fellow gamer and hope that through this, there will be more opportunities not just for me, but for everyone else in the gaming scene.”

To show LG and the rest of Singapore that gamers do matter, you’ll have to vote for Tetra to help him win the contest. Only the person with the highest votes gets to be the LG ambassador.

To vote, you’ll have to install the LG “Life’s Good Ambassadors” app on Facebook. You can then visit Tetra’s diary on the application, click on each of his photos and then hit the vote button. You can vote once a day on each photo, so with three photos that makes for three votes a day.

There are five more weeks left to the competition, and Tetra needs about 8,000 more votes to win the contest by my reckoning. Just a hundred gamers voting on each photo every day for the next five weeks will ensure that Tetra wins this!

I know most people are hesitant about installing Facebook apps out of privacy concerns – myself included – but I believe this is genuinely for a good cause here. Here’s a a chance to show that the gaming community matters, and we should all get behind Tetra. Vote for Tetra today!

Phenic to sue Tetra for slander