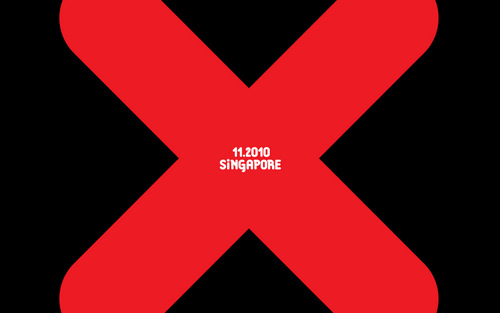 Last weekend’s Super Street Fighter IV and BlazBlue: Continuum Shift tournaments at Anime Festival Asia X (AFAX) have concluded. The semi-finals and grand finals for both games were played on the mini-stage at Suntec Exhibition Hall 401, from 6.30pm onwards on Sunday.

For the 2vs2 SSF4 competition, which was organised by SG Finest, the team of Leslie (using Sagat) and Rodney (using Chun) emerged as champions after they defeated the team of SY (using Rufus) and Gackt (using Ryu) in the finals.

Leslie and Rodney took home the top prize of $600, while SY and Gackt earned $300 for coming in second. Tommy and Sleepisgood received $100 for third place.

Over at the BBCS singles competition, which was organised by Rebel2SG, Jaeshi (using Bang) came in first, defeating ChiChiBoy (using Ragna) in the finals. Pablo (using Taokaka) finished third, while ZackTee (using Carl) came in fourth.

The BBCS prizes were $100 (first), $60 (second), and $40 (third). ChiChiBoy’s second place finish was quite commendable: He had to skip the I Love Anisong concert to take part in the BBCS finals because the timings for both events clashed.

You can view the recorded matches of the SSF4 finals here. Videos of the BBCS tournament will be posted up on the Rebel2SG YouTube page at a later date.

The author of this article, unfortunately, was not as devoted enough as ChiChiBoy to skip the Anisong concert on Day 2 (I had $100 front-row seats, mind you).