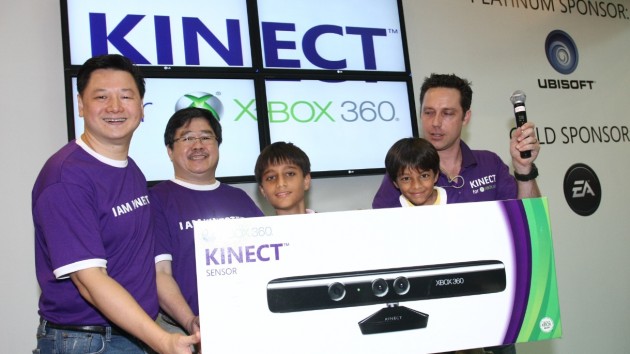 Microsoft sold 2,000 units of the Kinect for Xbox 360 on launch day in Singapore, double the sales which the console maker had expected to make.

The Kinect is an add-on peripheral for the Xbox 360 which lets you use your body to play your favorite games and entertainment, literally turning you into the controller.

Erik Ford, Senior Marketing Manager for Xbox 360 Singapore said, “At Microsoft, we knew it was going to be big, however today has doubled our expectations. The most pleasant surprise has been the pickup of software to the console, as we are selling on average three games per sale”.

Microsoft expects to sell more Kinects in Singapore this week as the sales made yesterday were a pre-sale exclusive promotions for DBS and POSB card members only.

RE5 to launch with special Xbox 360 bundle