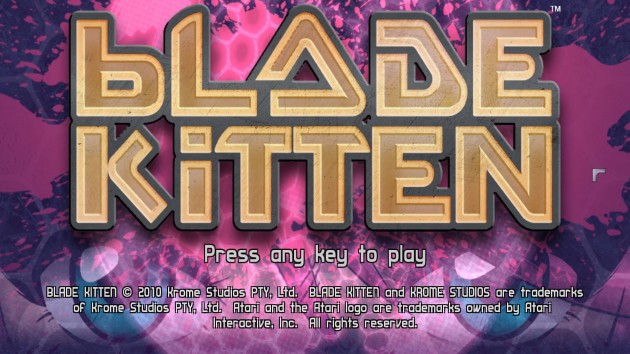 Blade Kitten is a hack-and-slash platformer set in a futuristic science-fiction setting, with a sword-wielding catgirl named Kit Ballard as its main protagonist. Half Lara Croft and half Samus Aran, she is one of the coolest and most entertaining female gaming characters to date.

Developed by Australia’s Krome Studios, Blade Kitten’s first episode has surprisingly high production values — from its colourful, cel-shaded anime graphics, to its beautifully rendered in-game cutscenes; from its great musical soundtrack, to the top-notch voice acting. The dialogue and setting is filled with a lot of charm and cartoony wit, and will surely appeal to the anime-gaming crowd (I mean come on, catgirls!). 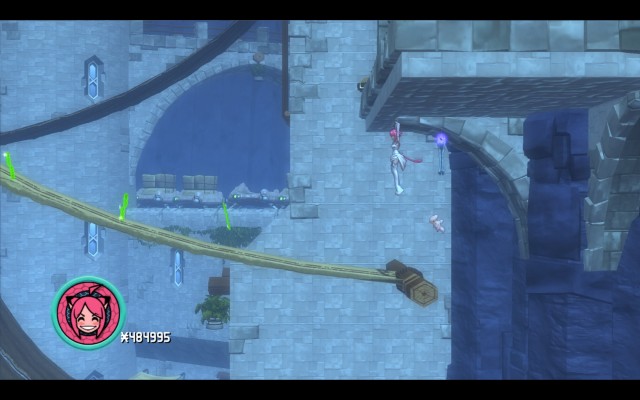 The game is primarily a platformer, requiring you to navigate each stage by using Kit to jump, climb, somersault, and slide around. Unlike other action platfomers like say, Psychonauts, Kit’s entire move list is unlocked from the start. And with a control scheme that is simple to master, exploring each of Blade Kitten’s massive levels is a real joy.

You feel a great sense of achievement when you successfully manage to access a well-hidden secret location, or when you are finally able to grab that hard-to-reach treasure chest tucked at the top-end of the map. With so many secrets and loot in each stage offering you countless opportunities to experiment, it’s a familiar but satisfying formula that never gets tiring. Imagine something like Tomb Raider, but in 2D. 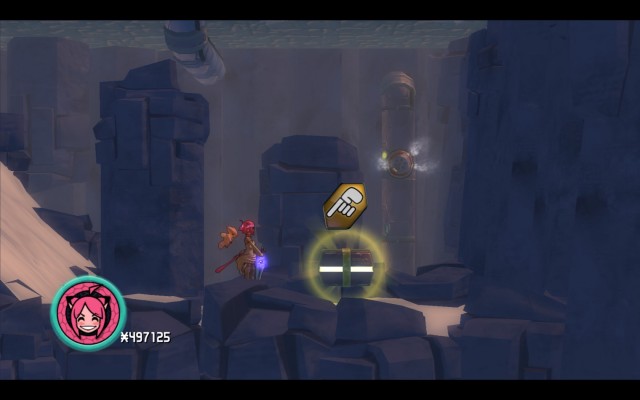 There is enough variety between stages to keep things interesting. One moment you are navigating an underground cavern filled with slime-traps and flame pits, next you are leaping across rooftops and canopies, Mirror’s Edge-style. There are a couple of Sonic-inspired levels where Kit obtains a fast-running mount, encouraging the player to bulldoze their way to the finish line. However, the transition between each stage can feel jarring at times. After finishing a jungle stage, I was suddenly placed at the top of a skyscraper for the next level with little explanation as to how or why Kit got there.

As a hack-and-slash action game, however, Blade Kitten’s combat system falls short. Once you unlock Kit’s strongest blade weapon (which can be done fairly early in the game), all you have to do is just mash the attack button repeatedly to win 99.9% of most fights.  Despite having access to other cool moves like command throws, parries, and a bullet-time finisher, you do not really have to use them at all when a simple button mash gets the job done. I’m not asking for an ultra-complex fighting system like say, Bayonetta, but with Kit’s exploration segments offering so much flexibility and depth, it’s a shame that her combat portions do not meet the same expectations. 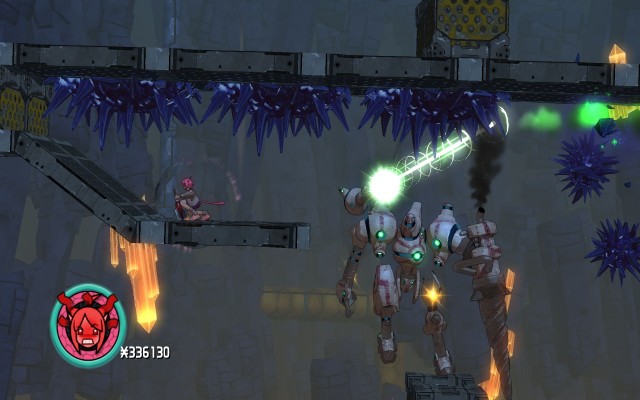 Still, Blade Kitten manages to redeem itself in the end with a memorable Contra-style boss fight that will test all of the skills that you have learned. Again, it’s a shame that the player has to wait about eight hours before reaching the best part —  more boss fights, perhaps at the end of each level, would have been better.

For a game labelled as “episodic”, those already beefy eight hours could easily become 12-15 hours, thanks to an item shop that rewards you for finding every hidden treasure in Blade Kitten. The level select menu also keeps track of your fastest completion time for each stage, and I am sure many Sonic enthusiasts will be aiming to unlock the 90-minute speedrun achievement. 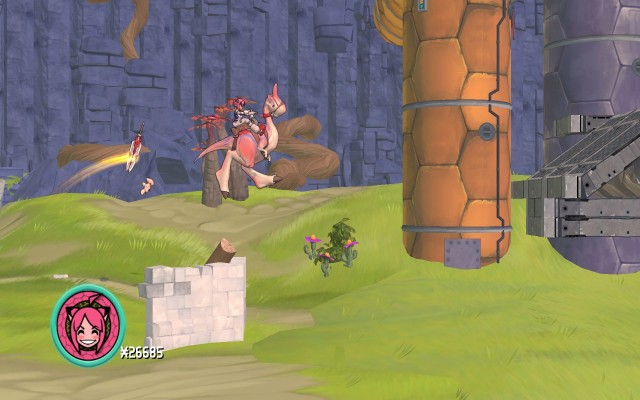 Users of Nvidia graphics cards and 64-bit Windows 7, beware. I had problems getting Blade Kitten to run the first time I loaded it up. Thankfully, I managed to find a solution after a quick trip to the Steam Blade Kitten forums, but this required me to modify the game’s registry settings. Why has this issue not yet been rectified in a patch, Krome?

If Krome can retain Blade Kitten’s sense of exploration for the second episode, while finding a way to improve the mashy combat system, and maintaining the same production values, we could see the start of a bright and worthy new series.

And how can you not like badass anime catgirls? 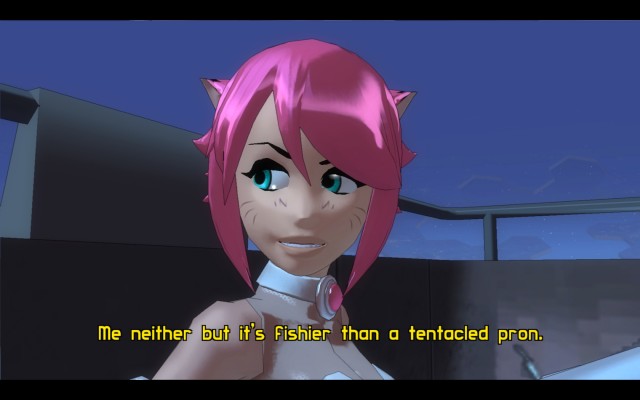 The Good: Bright, colourful anime-styled graphics and setting; A great exploration system that rewards creativity and experimentation; Lots of replayability and unlockables.

The Bottom Line: A beefy episodic game that could have used more polish, but highly enjoyable and worth the price.

The author played the Steam version of Blade Kitten, which he purchased for US$4.99 when it was offer during the Steam Christmas 2010 sale (usual price US$9.99). He completed all single player levels, and has currently unlocked 93% of the game’s secrets.

And in case you haven’t guessed by now, the author is also a huge anime catgirl fanboy. He is currently fapping to the Blade Kitten comics, which the game is based on. 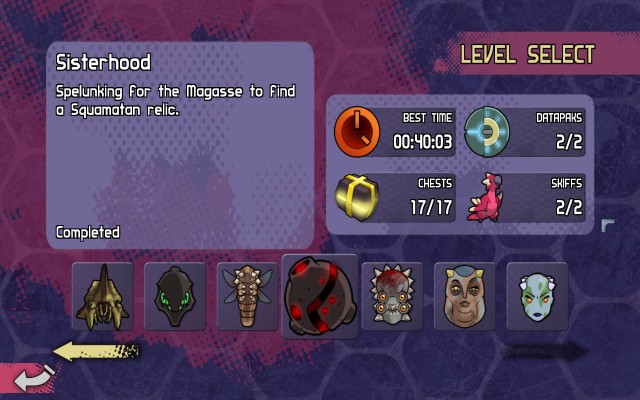