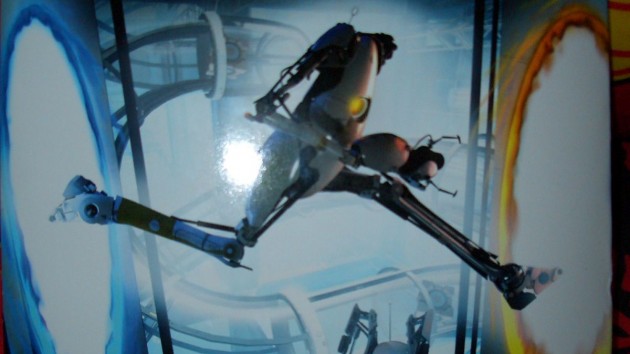 Thanks to the efforts of all the crazy gamers who participated in Valve’s Potato Sack Alternate Reality Game (ARG), Portal 2 was released on Steam on Tuesday, 12.35pm (Singapore time), several hours early (originally scheduled for 7pm+). For the rest of us mere mortals holding out for the brick-and-mortar physical copy, here’s a quick look at what’s inside the retail version.

The packaging is exactly the same style as Valve’s previous two game releases, Left 4 Dead and Left 4 Dead 2. In an age where game boxes are becoming smaller and smaller, I can appreciate the effort put in by Valve. 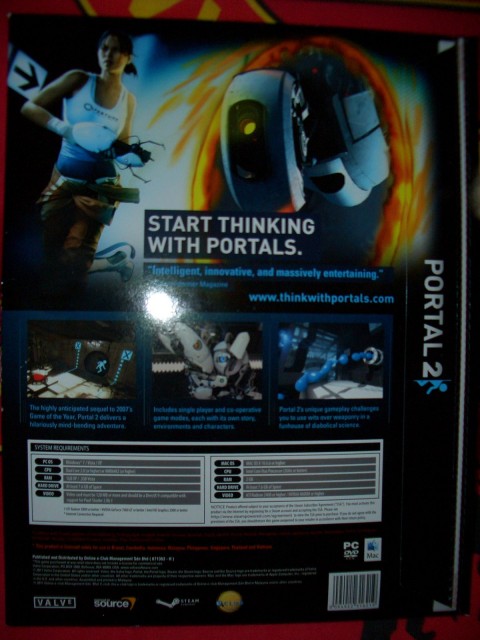 Reverse side of packaging. 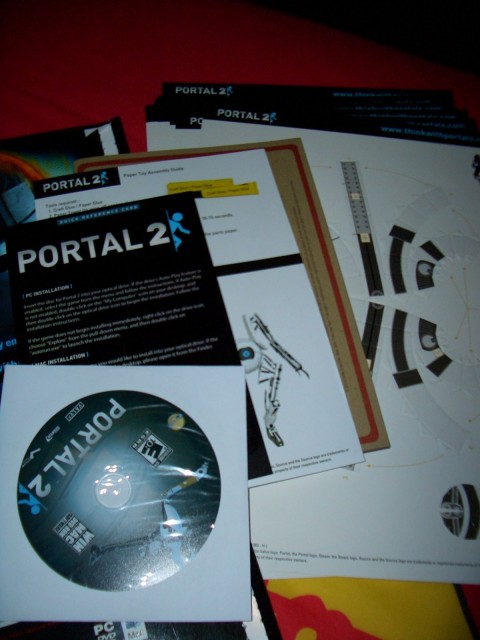 Holy crap, that’s a lot of stuff! The bulk of the contents is taken up by the assemble-it-yourself, paper cutout toys. There’s about 16 sheets of those cutouts. 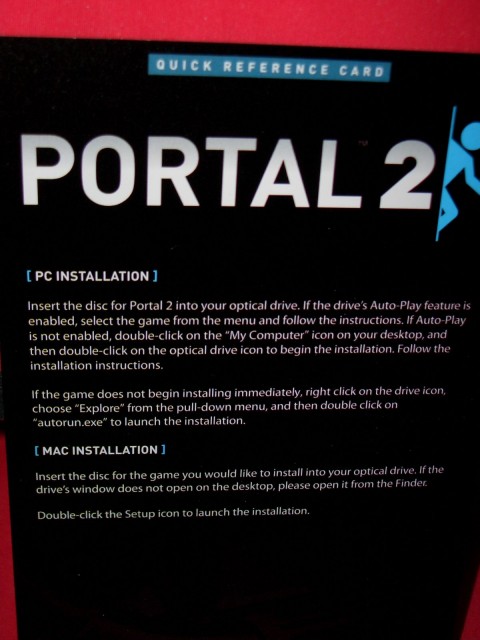 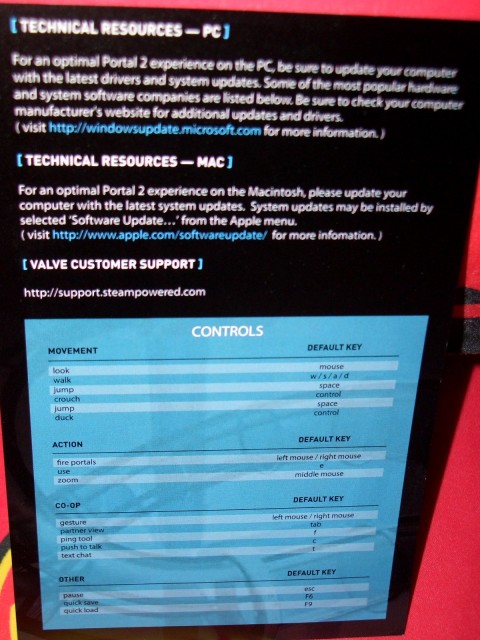 Close up of the game reference manual, front and reverse. As we have come to expect from Valve, based on their past retail releases, very minimal content. 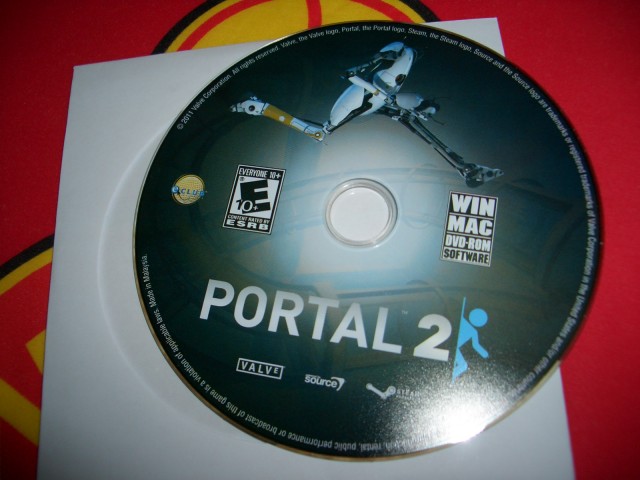 Close up of the game DVD. 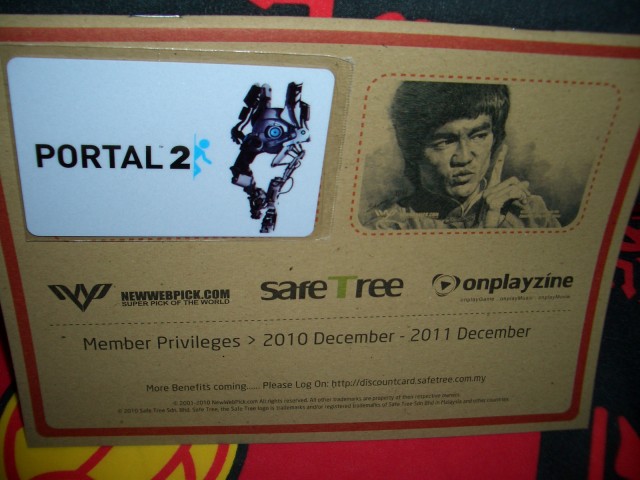 Now here’s something interesting: Seems to be some kind of discount catalogue. Yes, that’s Bruce Lee/Fei Long on the cover. 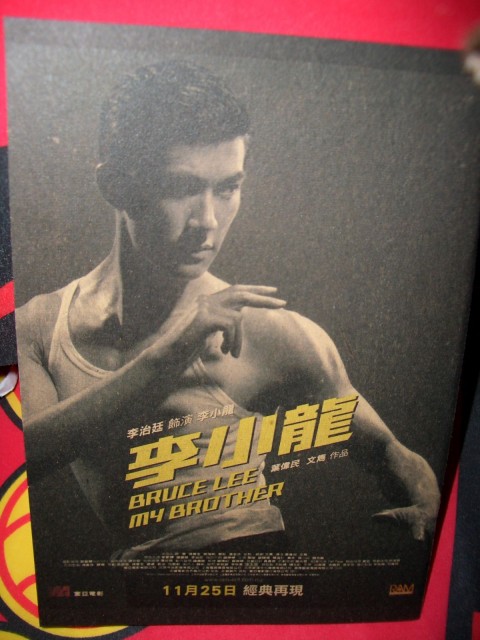 Back cover of the catalogue booklet. 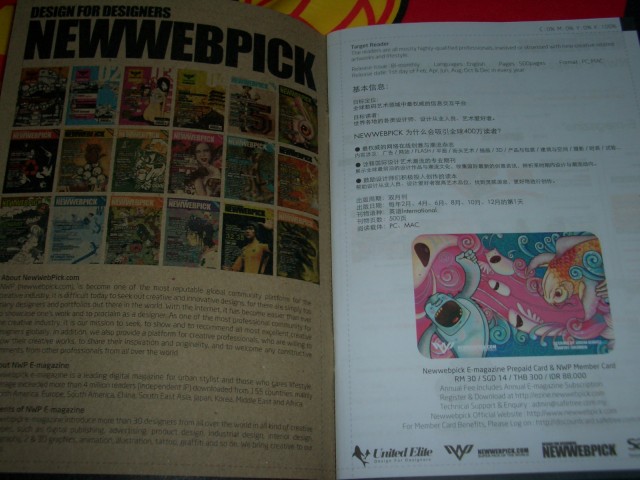 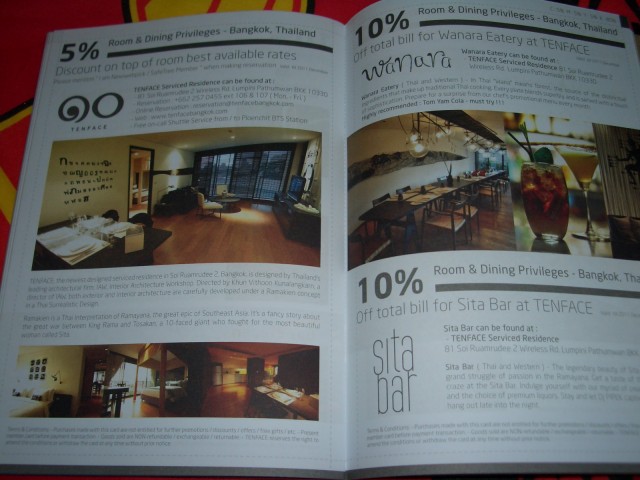 An inside peek at the contents of the catalogue. 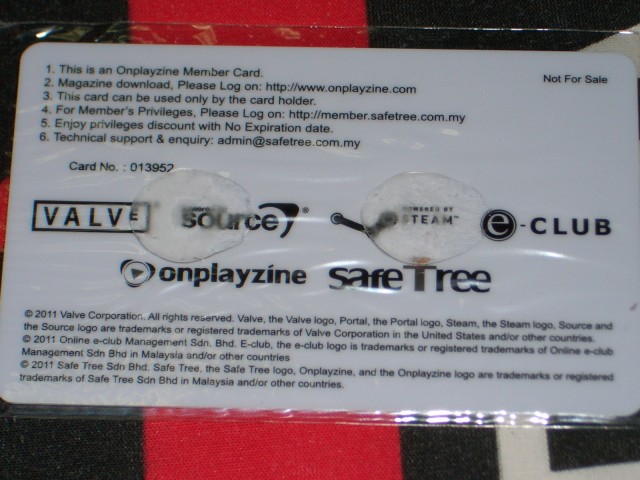 Close-up of the reverse side of the catalogue discount card thingy. 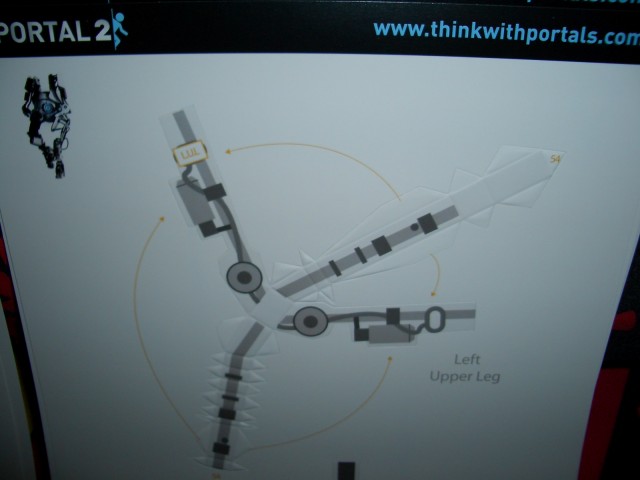 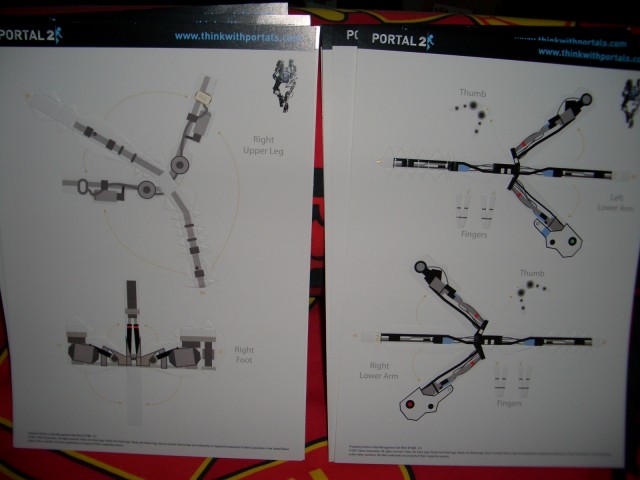 Close-ups of the paper toy cutouts. 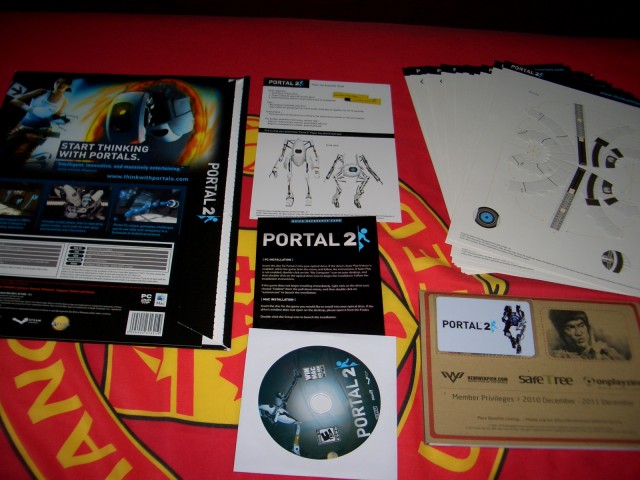 So there you have it, all of the contents inside the Portal 2 retail package for Southeast Asia (distributed by eClub). I am not sure if the packaging for other regions will be the same, but I’m really digging the paper cutouts. Maybe I’ll assemble it when I have the time.

But for now, excuse me while I reunite myself with GLaDOS.