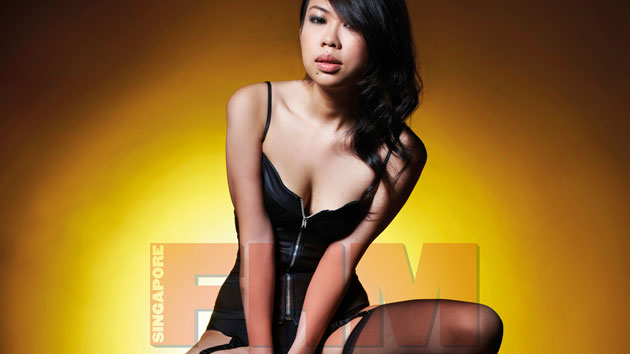 StarCraft II game caster and former GSL Code A commentator Kelly “kellyMILKIES” Ong has been featured in the June edition of FHM Singapore.

In the feature, kellyMILKIES talks about the challenges (and death threats!) she faced after being raised to worldwide prominence after her stint as a commentator for the GSL Code A March 2011 season. Oh, and there are photos from the racy photo shoot too.

“My photo shoot with FHM went really well! The stylist, make up artist, hairdresser and photographer with his helper was all really nice,” kellyMILKIES wrote on her Tumblr blog.

“The shoot lasted about two hours and these are the best pictures I think, since it’s the one they used and published … I’m really happy with them.”

Here are some excerpts from the feature, with a gallery of images below:

How tough is it to be a girl in a male-dominated gaming environment?

It’s okay back home but extremely hard if you are well-known abroad. Most guys are nice but some are psychos. When I’d just got the gig to cast GSL Code A in Korea, I received some extreme hate mails. They included death threats and some very distressing Photoshopped pictures. Those were hidden under nice subject titles, but when I opened the e-mails, the hurtful images popped out… You must be prepared for such attention.

What do sex and online gaming have in common?

You need passion for both. Gaming requires a lot of practice; you have to come up with new strategies regularly to be better, as well as a partner to practice your strategies with. I’m pretty sure that applies to sex, too.