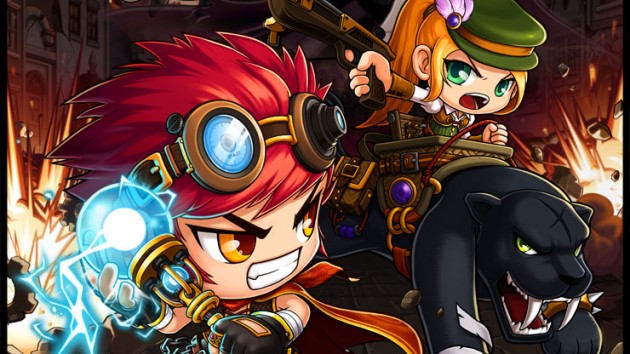 Phase one of the Big Bang update was released for MapleStory in the Singapore and Malaysia territories by Asiasoft on Wednesday, 18 May.

Also known as MapleStory Episode 3, the first phase of the massive content patch includes a revamped world map, updated game locations, monsters and skills. More significantly, the experience curve has been reduced drastically – in some cases up to 70% – making for potentially less grinding and more fun.

The official launch of Big Bang will take place at the Asiasoft Games Festival 2011, which will be held from 27 to 29 May at Suntec City Convention Hall 401 in conjunction with this year’s License 2 Play.

The second phase of the Episode 3 content patch will introduce the new Resistance class, which comes with two jobs – the Battle Mage, who uses aura-based magic that will benefit parties; and the Wild hunter, who uses a crossbow and rides on a tamed jaguar.

The final phase will introduce the final job of the Resistance class – the Mechanic, also known as the Gunslinger, who uses technology and an army of attacking mini robots to assault enemies.

Asiasoft has not revealed the release date for the second and third phase of the MapleStory Big Bang content update.

More information on MapleStory Big Bang and download links for the new client can be found on www.MapleSEA.com.