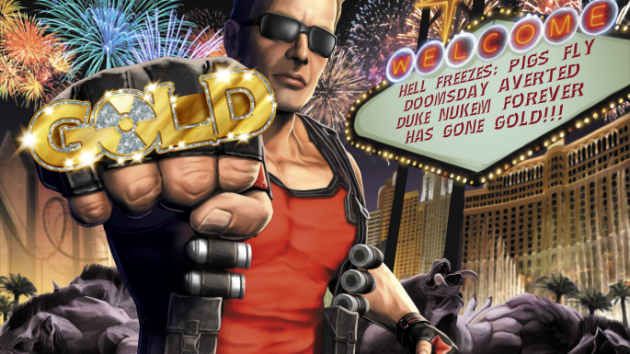 Duke Nukem Forever has gone gold, after more than 14 years in development. The announcement was officially made in a press release on the 2K Games website.

DNF will be available internationally on 10 June, while our North American friends will receive it slightly later on 14 June. The game demo will be released on 3 June for those who have pre-ordered the game on Steam, or for gamers who purchased Gearbox’s Borderlands: Game of the Year Edition.

I won’t bore you with a long post about the timeline of DNF’s long and protracted history – other writers have already done it. But yes, hell has frozen over, pigs are flying, and doomsday has been averted long enough for us to see DNF’s release.

Hail to the king, baby.