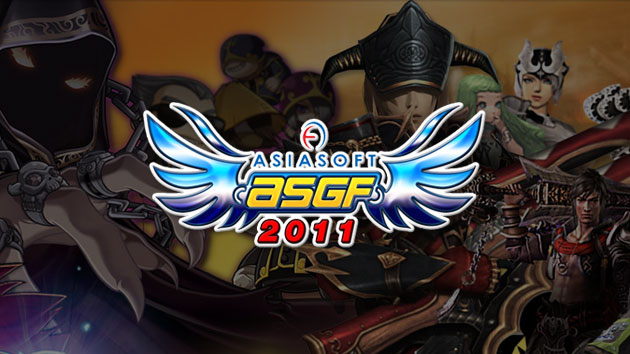 It’s that time of the year where Asiasoft pulls all the stops to present to you all the best of its game titles and, for a few days, bring its games from the online realm into real life. Yes, we’re talking about Asiasoft Game Fest 2011 and NGNT has a preview of the game publisher’s flagship event, just for you.

This year’s Asiasoft Game Fest will be held alongside the Licence2Play event, which will be held 27 to 29 May at Suntec Singapore Hall 401 and be open from 11am to 9pm daily.

Asiasoft will be showcasing its new games, such as XW Online – a martial arts MMORPG which will feature both English and Chinese languages – and Planet Arkadia, a futuristic treasure hunting MMORPG with a real cash economy, which promises real life profits for players who engage in trading.

Existing games will not be neglected neither. The big news is that gamers will be able to try out the second phase of the MapleStory Episode 3 content update, Big Bang, which features the new Resistance class. There will also be previews of new content from AIKASEA, Audition and RayCity.

As for events and big showcases, on Saturday, AIKASEA will be holding a celebration party to thank players for their support during the closed beta period and official launch. On Sunday, MapleSEA will be celebrating its sixth birthday together with the official launch of MapleStory Big Bang.

There will also be game tournaments taking place as well, as well as discounted sales and redemptions for in-game items and other merchandise.

For more information, check out the programme guide which Asiasoft has thrown together for Asiasoft Game Fest 2011.