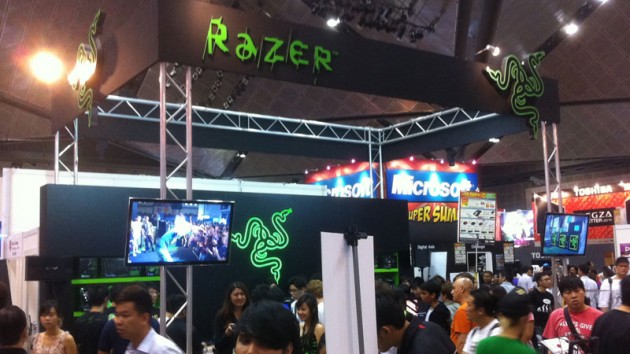 So the mysterious Sign of Razer has been revealed at PC Show 2011 yesterday: It’s actually a plastic cut-out of Razer’s snake head logo with a suction cup, and you’re supposed to stick it on your car’s windscreen for the chance to get some loot. But first, more about Razer’s booth at the PC Show.

The Razer booth is located near the Microsoft booth at level 6 of the Suntec Convention Centre, where PC Show 2011 is being held until Sunday. There’s a good range of Razer products on display for you to get your hands on. I personally tried out the Razer Ironclad mouse mat (solid construction with no flex, perfect for beds!) and the Razer BlackWidow Ultimate mechanical keyboard. There’s also the sexy Razer Chimaera wireless headset available for audition/demo – that’s something not to be missed if you’re in the market for something that both looks and sounds good. 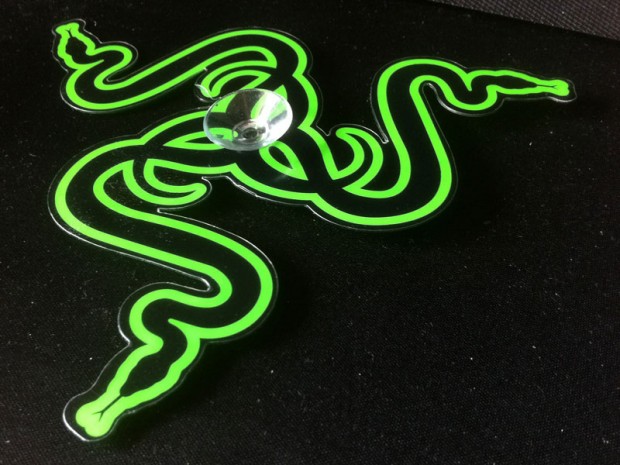 Now, more about the mysterious Sign of Razer that was teased at last week. As I mentioned earlier, it’s a plastic cut-out of Razer’s iconic snake head logo. There’s a suction cup attached to it, so you can stick it onto your car’s windscreen, take a photo of your ride and yourself, then send that and your details to [email protected] to win some Razer products in a monthly draw. More details are available at the Razer for Life website.

Update: Razer has informed me that there is no need to prove that you own a car. Just that you have to take a photo with one.

So yes, there’s no new product launch at PC Show 2011, for those who were expecting something along those lines. It is a pretty cool marketing campaign in its own right, and I really hope to see Razer engaging its customers in Singapore more often. 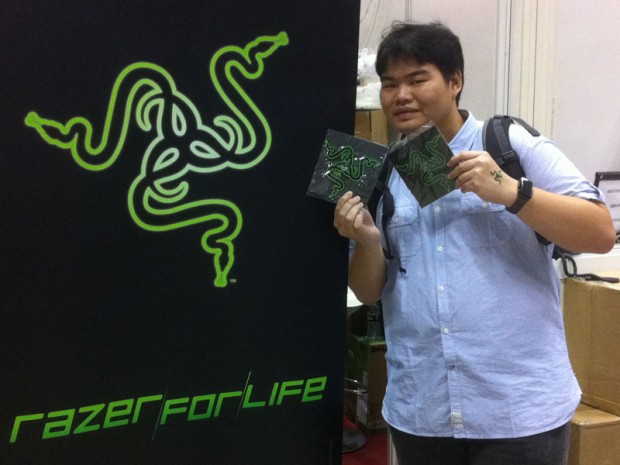 What's twice as good as the Sign of Razer? Yours truly with TWO Signs of Razer of course!

Call me picky, but I’m also slightly disappointed that I didn’t get anything special for registering on the website beforehand, printing the email voucher code and then bringing it down to the Razer booth at PC Show 2011. In fact, they were handing out the Signs whether people had a voucher code or not.

Razer wants you to stick the Sign on your car, but seeing as how I don’t have one, I can only improvise: 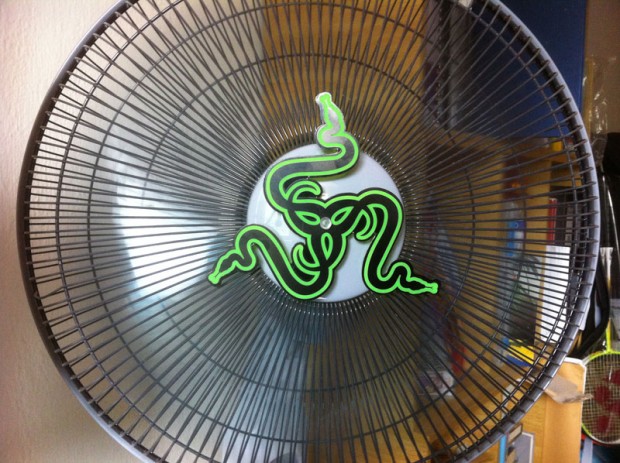 Yeah, I'm a huge Razer fan. See what I did there?

Here’s a shot of the instructions that came with the Razer for Life kit, for good measure: 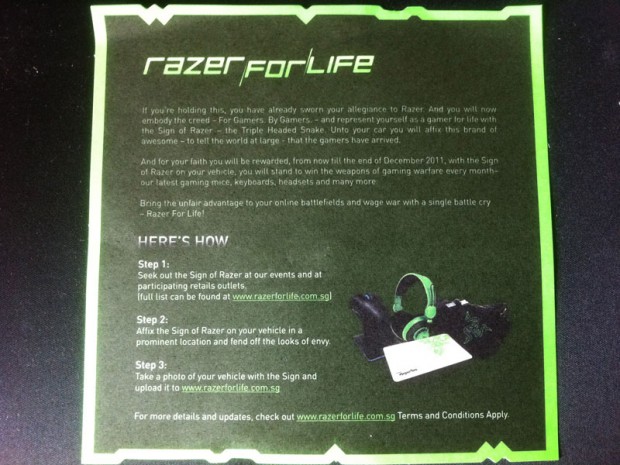