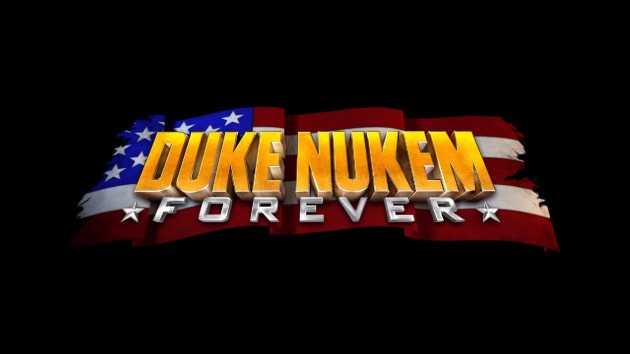 Duke Nukem has finally returned after 14 years of development hell. But how does it stand up as a modern day FPS? I’ve played about five hours of single player and a little bit of multiplayer, here are my initial impressions so far.

A lot has changed between Duke Nukem Forever and Duke Nukem 3D, which can be summarised with one word: Halo-fication. Duke can only equip a maximum of two weapons (most of them require reloading), and throw two off-hand grenades – the classic pipebombs and tripmines. His health is now regenerative, slowly replenishing when Duke is not taking any damage. All weapons have a melee attack that deal more damage in a backstab. 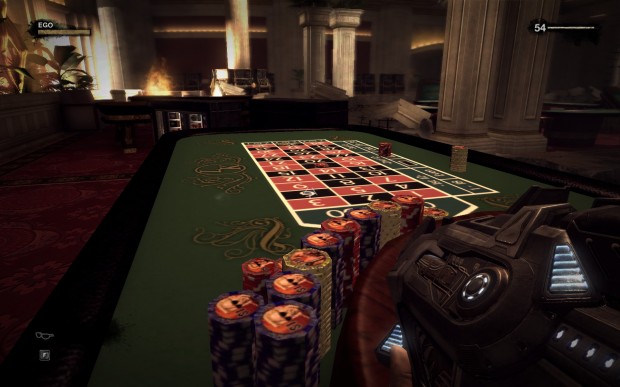 Many people are unhappy with the two-weapon limit, but I honestly have no problems with it. In the campaign, weapon placement is ubiquitous, but still varied, forcing players to cycle through whatever is available as they progress. It keeps the combat from becoming stale by requiring you to change tactics based on whatever you’re equipped with.

All of the old weapons from Duke3D are back (excluding Atomic Edition’s Expander), along with a few new toys: The Railgun, which fulfills the role of the mandatory sniping weapon; the Assault Trooper Cannon, a rapid-fire laser weapon similar to Halo’s Plasma Rifle; and the Enforcer Gun, which fires homing rockets akin to Half-life’s Hornetgun. 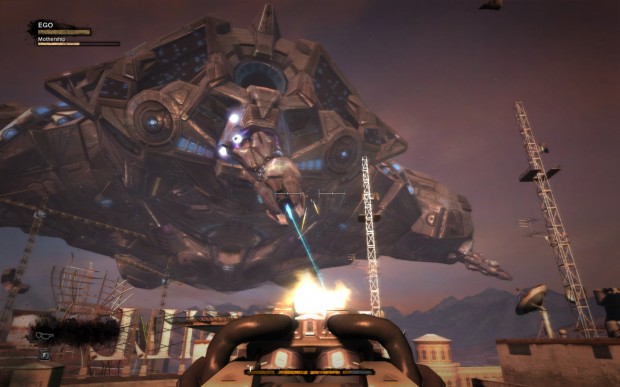 I’ve only played the campaign for about five hours, and it’s been a see-saw experience so far – lots of combat, followed by lots of platforming, the occasional boss fight, and repeat. Levels are very linear: Long gone are the days of keycard hunting and finding secrets. Actually, mini-secrets still exist in each stage – interactive objects that once discovered, will provide a permanent boost to Duke’s health. Some of these objects are stuff like playable pinball machines, pool tables, and an air hockey mini-game. It’s a small but fanboy-love homage to Duke Nukem 3D‘s interactivity.

Most of the enemies from the previous game have returned, but with new tricks and variations. The Pig Cop is now a fierce melee combatant, possessing a powerful close-range attack. There are also bigger, tougher versions of the Pig Cop that wield RPGs. Octabrains can now catch pipebombs and rockets with their psionic powers, no longer making the RPG the weapon of choice for killing them. Protozoids will still try to make love to your face, but they also possess a new ranged spit-attack. 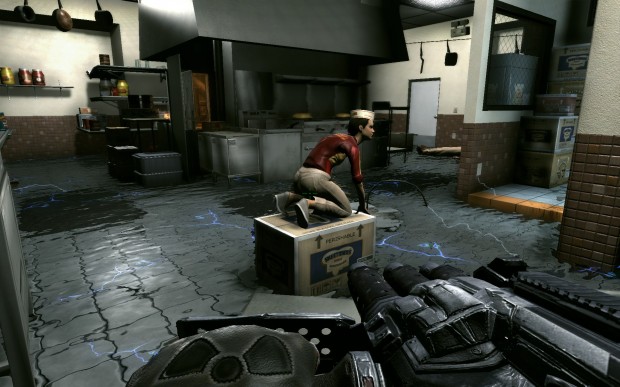 Multiplayer is currently quite deserted as the server browser is usually empty. However, if you have a strong connection and a powerful PC like me, hosting 8-player matches is not a problem. Matches will usually be filled up within 2-3 minutes of creating a local server. The actual gameplay itself is simple but fun, comprising of Deathmatch, Team Deathmatch, CTF, and King of the Hill modes… although you are better off playing Quake Live or Unreal Tournament if you want a true, classic deathmatch experience without regenerative health.

The “Hollywood” multiplayer map is a near-perfect remake of the “Hollywood Holocaust” (Episode 1, Level 1) map from Duke3D. Almost all of the old secrets and item locations are where they should be, can you remember them all?

Early verdict:
DNF won’t win any awards for sure, and I can understand the logic behind Eurogamer and IGN’s very negative reviews. But for the rest of us who grew up playing Duke3D, craving for a true sequel to be released, it’s finally here. It’s not that good, it’s not that bad either. It still feels like Duke. 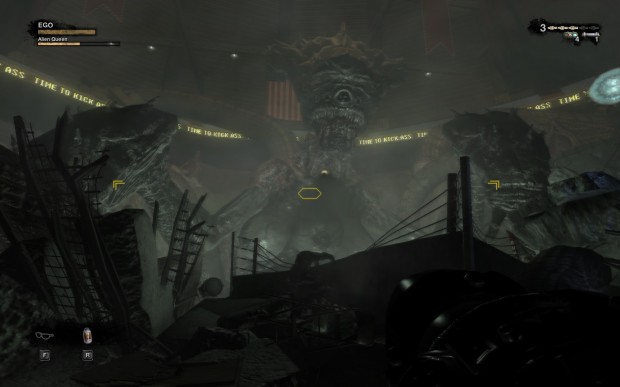 The author played his version of Duke Nukem Forever on the PC Asian edition of the game, which uses Steamworks. DNF is out for Xbox 360, PS3, and PC. The PC version’s recommended retail price is around SG$56.