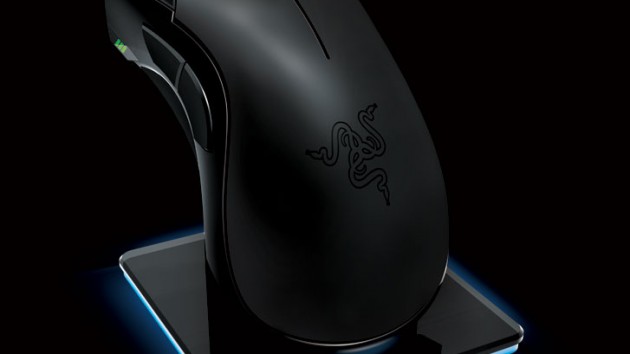 Razer has introduced an innovative 4G Dual Sensor System for mice which promises greater tracking precision via a combined optical and laser sensor. According to the company, the new sensor will find its way to Singapore in two of Razer’s mice next month.

Besides the ability to track mouse movements more rapidly and accurately, the new 4G Dual Sensor System also allows customisation of the cut-off height for tracking to stop when the mouse is lifted from the surface. This directly addresses a common bugbear of low mouse sensitivity settings FPS gamers who often pick up their mice to perform multiple wide swiping motions.

The new sensors will find their way into new revisions of Razer’s Imperator wired mouse and Mamba wireless mouse and will be available in Singapore from July for S$129.90 and S$199.90 respectively – the same price as the older revisions.

Here the images of the new mice:

My own take? Pardon the cliché, but this is game changing.

Among more serious gamers, particularly those who primarily play FPS games, it is common knowledge that optical mice are actually better for gaming than laser mice.

This is because optical sensors are better than laser sensors at tracking speed and motion. In laymen’s terms, this allows optical mice to capture 100% of its velocity across surfaces as compared to laser mice, which actually skip, stutter or even drop tracking completely if you’re moving your mouse at high speeds.

Laser mice have their advantages, of course. They have better tracking resolution than optical sensors – giving them greater sensitivity at the highest DPI settings and allowing laser mice to be used on all sorts of surfaces, such as glass and other shiny surfaces, which would normally confuse optical mice.