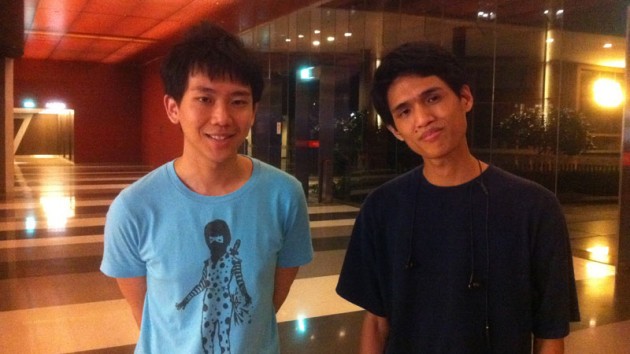 When I was at last week’s Battlefield Fridays, a weekly console fighting game meetup and tournament, I met up with Curren “Tax” Seow (left in photo, with Yu-Sheng “Farpenoodle” Tan on the right).

Tax is one of the organisers behind the community-run event. He shares with me more about how Battlefield Fridays got its start, what it’s all about and what you can expect at the event, held at the Colosseum cybercafe at Iluma from 7pm every Friday.

Can you tell me more about Battlefield Fridays?

Battlefield Fridays (BFFs) is a weekly tournament we organise every Friday for console fighting games. The first time we did it was, if I’m not wrong, in early April for Marvel vs. Capcom 3. From then till now, we have run about six of these tourneys already.

And now, we have invited the BlazBlue community to join us as we enter our second season.

How did you get the idea for Battlefield Fridays?

The idea came from two of our community members, Yama and Jonda. There’s this thing called Wednesday Night Fights (WNF) in the US. Both of them had the idea to host something like that in Singapore. I think this was just before MvC3 came out in February. At the time we were all gathered on this forum, Round1, and a few weeks after the game started we got to know each other and we said, let’s try to get something started. So we just pooled together the resources of the community to do BFFs every Friday. 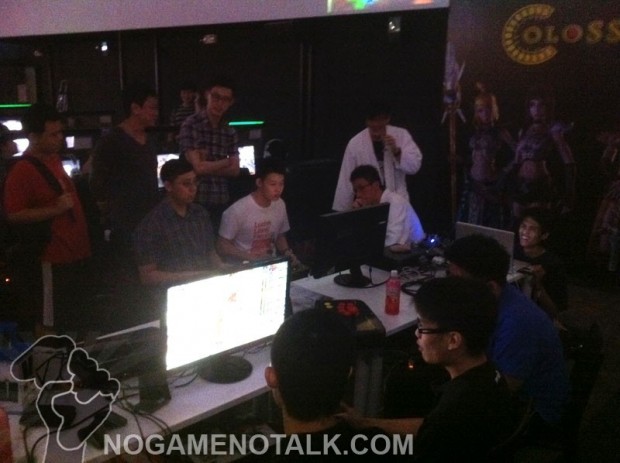 Is there any reason you chose MvC3 to start off BFFs?

Actually, it all stems from a passion for the game. Yama and Jonda are both fighting game veterans. Yama plays King of Fighters, Jonda plays Street Fighter.

If you ask why we did MvC, firstly, it was just a matter of timing. At the time in February it was just about to come out and there was a lot of hype. Secondly, I think the fact that it’s not in the arcade plays a role. I think that games which aren’t in the arcade really have no sort of competitive arena, so it sort of forces us to find alternatives in terms of getting competition and having matches with each other. So that’s really why we chose MvC.

Because MvC3 is not in the arcades, there’s no where that people can gather and talk to each other, right?

Exactly, not on such a big scale.

Now, we have six console set ups and we start at 7 pm, and our tourney starts at 8 pm. We usually take two to three hours to run the whole tourney. Any time not taken for the tourney is free play, so it’s a great time for people to come and join. Not only to join the tourney and be competitive, but also to get some free play, to get to know more about the game and to get to know the community. It is a gathering spot.

I noticed that today, besides the tourney and casual free plays, there weren’t really any structured way through which people can get to know each other. Do you plan to do anything along those lines?

When it comes to the social aspect of it, we are thinking of a few different things, maybe clinics. Last week, we had a 2v2 team tournament where we  paired one veteran with one newcomer. That allowed the newcomer to both learn from the veteran, and also have a chance to be in a competitive setting even though they might not have the skills to do so.

So these are the things we tried to do, but on a more normal basis we really stick to the tourney and free play. What we are trying to do now is to build up the player base. A lot of our time is either taken up for tournament matches or for free play. Free play is really one of those things that will attract people to come and also gives them the opportunity to experience the game and hopefully go on to want to know more and learn more about the game on their own.

We have a Facebook page, MVC3 Singapore, and we also hold discussions in the Round1.sg forums. So those are two channels where we can socialise and also exchange strategies, tips, tricks and just general information. 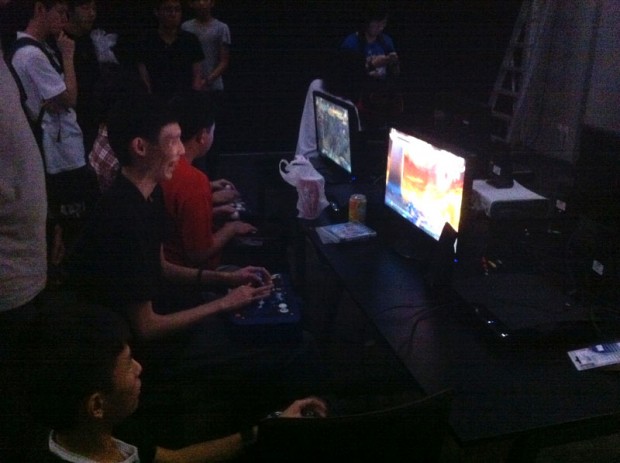 So how has reception to Battlefield Fridays been?

I think it’s been quite heartening. Reception has been good, we’ve been getting newcomers almost every week. They may not be in the dozens, but a few here and there really adds up.

We expected to have like almost no newcomers at first, but the thing is that MvC3 is a very fun game. It invites a lot of interest, so newcomers will generally just want to come and give it a try. They see it and go, “wah, it’s so exciting”, you know. That’s something in our favour.

These are totally new faces that haven’t been in the fighting games community before?

Yeah, totally new faces. I think if you know fighting games, you go arcades, usually every week you’ll see the same people over and over again. So it’s pretty good. And now that we are expanding to include BlazBlue as well, we really hope that we can reach out to more newcomers and also solidify our player base as well.

So you plan to focus on BlazBlue and MvC3 for now? Any plans for other stuff in the future?

Of course we are all about fighting games, but I think we would probably give priority to games that aren’t in the arcade. Any fighting game that can be played on the console, we welcome it on BFFs. Because, like I said earlier, games that aren’t in the arcade really suffer from not having a competitive scene. We would like to provide an arena for them, not just to have competitions, but also to grow the community. 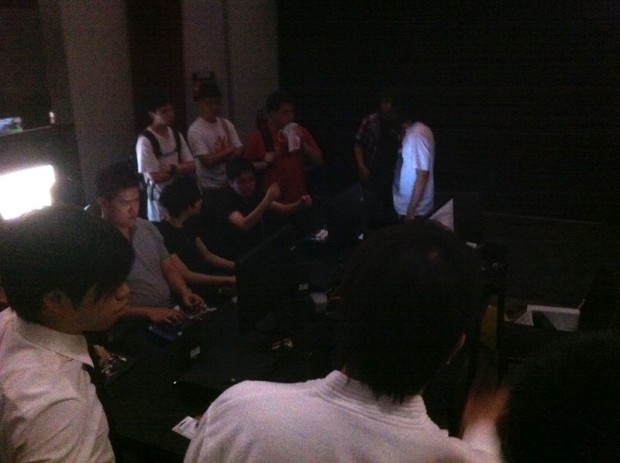 Shout-outs to everyone in the MvC3 community, because MvC3 is really the starting point for BFF. We really could not have done it without you guys. Everything has been community driven: every stick, every console, all the prizes; everything is thanks to all of you guys for chipping in, so shout-outs to everyone there.

Shout-outs to the Blazblue community for joining us and, hopefully, we can really get something going.

I’d like to thank my very good friend Farpenoodle, amazing guy. He knows the technical ins and outs of the tourney, so without him I’ll be at a loss as to which plug to put where, which cable to do what. And also Jonda and Yama for basically coming up with the concept in the first place.

When I first posted in the Round1 forums I was just a newcomer, but this guy called Gellon started this thread asking if there’s any real competitive interest in the game. And that was the thread that really made me think, ok there are people who are really interested in this game, let’s do something about it. So shout-outs to people like him, who are really passionate about the game. These are the people who really make fighting games great.

I would also like to thank Colosseum, our venue. They charge us for the venue but its a very, very, very good price and as you can see, the set up is amazing. We have a giant screen that really draws in the traffic and interest, and some of our joysticks and consoles are also from them. The staff is also always very, very helpful and supportive. I can tell that they really want to build a community and they really want to see us grow because of the amount of help and the price they are charging. I’m very grateful for that. Thanks a lot to Afiz at Colosseum. Afiz is like my favourite person at Colosseum. Shout-outs to him.