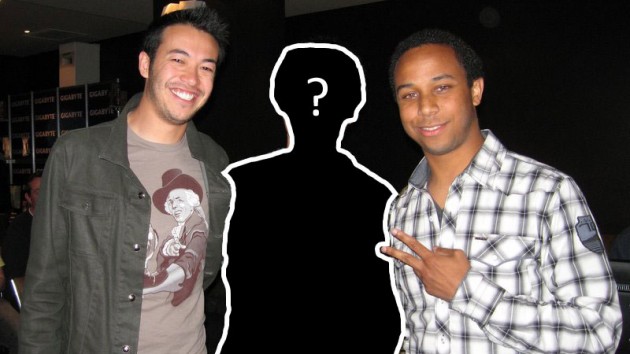 It has been said, as recently as last weekend, that Singaporeans do not celebrate the achievements of their gaming heroes. Placing in the top four of an international, world-class tournament? Sorry mate, seems like no one cares. But is this really true? Is the Singapore gaming community really apathetic about our world-beating champions? I think not, and here’s why.

First, a little background of the specific incident set me thinking. During last weekend’s Shadowloo Showdown, one of the commentators on the live stream, Mooseking, said the following about Singapore’s reception to Kun-Xian “Xian” Ho:

(Some Singaporeans) revealed that Xian placed third at SBO last year in KOF XIII, and he went home to Singapore and no one cared. No one gave congratulations, no one gave two shits about that.

You can watch and hear it for yourself: Mooseking says this at about the seven minute mark of the Shadowloo Showdown Justin.tv stream archive:

This comment gained immediate infamy among the Round1.sg Singapore fighting games community, members of which proceeded to post in an anger-filled forum thread (since removed) stating that they did indeed care and generally outraged that all the things they did to celebrate Xian’s triumphant return had gone unnoticed.

But wait! Hold on, you’re saying. You’ve read this far and you are wondering: Who on earth is this Xian? What is Shadowloo Showdown? What is SBO? Or for that matter (and I know I’ll get some flak for writing this), who or what is Round1.sg?

And therein lies the problem. Unless you’re deeply involved in the fighting games community in Singapore, or have been following NGNT religiously, you probably don’t have the slightest clue to the answers to the questions above.

This is not an issue exclusive to the fighting games community either. Do you know about Singapore Sword, Singapore’s only fully-professional gaming team to date (and now sadly defunct)? Or how about DotA team Zenith, who won US$13,000 for coming in first at the 2008 Electronic Sports World Cup?

It’s not that Singaporeans don’t care about our gaming champions or celebrate their gaming achievements. The key issue and real problem is that people don’t know them or their achievements in the first place.

The lesson we have to take away from this is a strong need to bridge the gap between the more mainstream, casual gaming crowd and the core, competitive gaming crowd. How can we do this?

From experience, it really has to start from the individual. If you know something about your community, even if it’s just a small bit of news you heard, please do share it with your friends. If you know about upcoming events, whether locally or internationally, do get your friends to watch the online live stream with you, if available, or make your way down to watch it live if it’s a local event. Besides giving you and your friends something to talk about, an opportunity to improve and learn about what is possible by watching high-level play in tournaments (and maybe even participating!), it also grows the community that little bit. It may not be much, but that little bit counts and it will snowball over time if people start talking about things.

At a higher level, community sites like NGNT and Round1.sg have to consciously provide vision and leadership and reach out to a set of gamers that goes beyond simply those who are already members of their respective core and competitive communities. While it’s important to report on the achievements of our local gaming heroes, it’s just as important to make sure that those who only play the respective games for fun, and even those who do not play, can understand the context and significance of their performances at international events, learn more about who these top players are and just what makes them so good.

People do care when the top players from our community step up to the international stage and produce world-beating performances. After all, who doesn’t love supporting their home town heroes or the underdogs (which is often the position Singaporeans find themselves in when they compete on the world stage)? The problem is simply that people don’t know that these people and events exist and, together, you and I can help make things right in our own little ways.

IGC champions to be seeded into WCG Singapore 2007 national finals

The PS3 Slim and what it means for local gamers