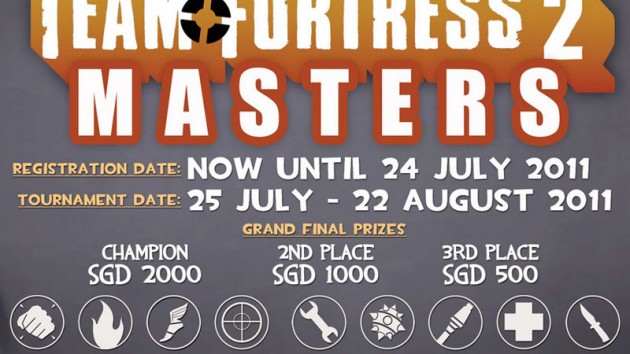 e-Club Malaysia and the e-Sports Association (Singapore) have announced the StarHub Team Fortress 2 Masters 2011, a S$3,500 prize pool tournament to be held from July to September this year.

The tournament will be split into two legs: 16 teams will participate in an online league that will begin on 25 July and end on 22 August; the top 8 teams will then be seeded into the grand finals playoffs, which will be held from 9 to 11 September alongside The Games Xpo 2011.

The prizes are as follows:

The StarHub TF2 Masters 2011 is quite possibly the biggest TF2 tournament in Singapore in terms of prize money since the World Cyber Games Singapore National Finals in 2009.

Registration is free of charge and is open until 24 July 2011. Further details are available on the tournament’s official website.

Correction: Previously reported that the last major TF2 tournament was in 2008. It should have been 2009.