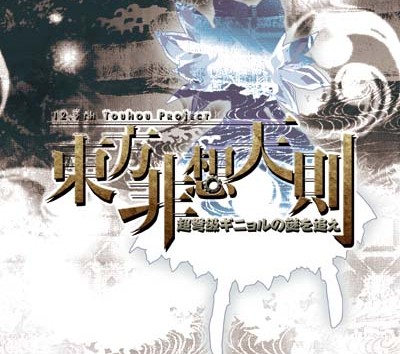 Update (13 Aug): The original article had a few factual errors regarding the actual organisers of the tournament, and some confusion between which Touhou fighting game came first. Edited for clarity.

Original: The Touhou Hisoutensoku community in Singapore will be taking part in a tournament at this year’s A.C.M.E III (A Certain Magical Event III) anime convention, at Suntec Convention Centre on 27 August, 2011.

This will be the second consecutive Hisoutensoku tournament, after last year’s one at A.C.M.E II. It is being organised by the committee members in charge of the A.C.M.E event.

Hisoutensoku （緋相天則）, also referred to as TH12.3 or Soku, is a Japanese indie fighting game based on the popular Touhou series of indie bullet-hell shooting games and fanworks. It is an expansion pack to the original Touhou Hisouten (緋相天; English title “Scarlet Weather Rhapsody“). Hisouten was released in August 2008; Hisoutensoku was released on August 2009.

Registrations for the tournament are currently open, and will close by 20 August, 2011. Participants will be allowed to bring their own joysticks or gamepads to the event, and can use their own custom game profiles (which must be submitted during the registration process). For more details, visit this A.C.M.E III page.

I managed to speak to a few active members of the Singapore Hisoutensoku community, in order to get some quick insights into the local scene.

Much like the rest of the Touhou fanbase, the Hisoutensoku community in Singapore is a very niche, but highly dedicated group of fans. They call themselves HisoutenSEA, and have a #HisoutenSEA IRC channel on the irc.rizon.net network, as well as a Facebook group.

“You can’t tell how big the local community is, because there are players that play on the Japanese matchmaking boards, or just play arcade and story mode only,” says Shiosaki Haruto, regarded as one of the strongest local Hisoutensoku players.

Haruto has been playing since August 2004, when Touhou Suimusou (the predecessor to Hisouten) was released. He eventually moved on to Hisouten and Hisoutensoku, and started playing in various IRC chatrooms with other players from overseas.

A.C.M.E is meant to be an event promoting local doujinshi (ie. indie) anime/manga works, and Touhou is most famous for their doujinshi, Haruto said. “You cannot hold the Hisoutensoku tournament at an event like STGCC or AFA, because they have an entirely different focus”.

There are a bunch of regular players in the HistoutenSEA group, but only a few of them are from Singapore, says Shaun “Ex Alt” P., another active player who has been playing Hisouten and Hisoutensoku for more than two years.. Many members in the HisoutenSEA group are from Malaysia, Indonesia, Philippines, and Vietnam.

Although Ex Alt believes that Hisoutensoku is “about as good as any other fighting game”, Joel “Mistwraith” Tan, a fighting-game enthusiast and one of the most senior members of the group in terms of age, says that it is not easy to train new players to take up the game.

“Training newbies is very daunting, it takes a ton of effort and not everyone is suited to explain or teach others about this game,” Mistwraith said. This is because Hisoutensoku contains many unique and foreign fighting game mechanics, such as random weather effects, card deck management, and an overwhelming number of projectiles on screen (in true bullet-hell fashion).

Still, despite the complexity of the game, the local Hisoutensoku community has been growing quite steadily since last year’s inaugural tournament, which was held at A.C.M.E II, says Kuuki, another regular in the group.

“The last tournament did not have a big turn out, probably due to advertising issues,” he said. “This is a two-year game with no further updates released, yet I keep seeing new names popping up all the time since then.”

“Perhaps they were long time closet players who have finally emerged from lurkersville,” Kuuki said.

“I predict that we will see a lot of players picking Utsuho (aka Okuu) in the tournament, says Fear Nagae, an Indonesian HisoutenSEA player. “She’s a popular character and beginners usually play her.”

“For choice of characters, we are most likely going to see Sakuya, Marisa, Youmu, Sanae, Reisen, and Suika used a lot,” says Haruto. “I’m still expecting another Okuu-fest like last year though.”

Author’s note:
For the clueless, you can read up more about Touhou, and the popularity of its fandom, in this excellent “For Dummies” guide written by Dkellis here: part one and part two.