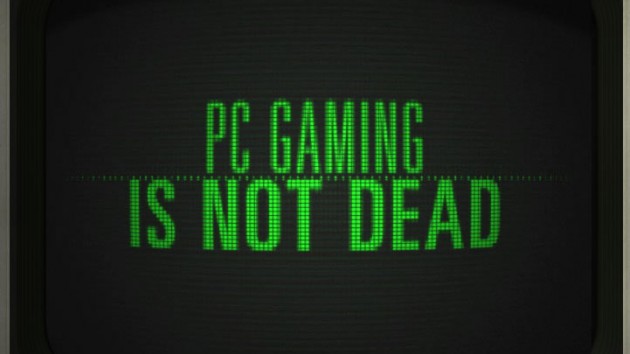 In a viral video rolled out on pcgamingisnotdead.com earlier this week, Razer CEO Min-Liang Tan’s voice reminds us that “PC gaming is not dead”, and promises that something big is coming on 26 August — coincidentally, the opening of the PAX Prime 2011 game festival.

But what is this “something big”? I’ve put together what little I know to attempt at a plausible guess for what that might be. Read on to find out more.

Razer’s full-page newspaper advertisement on the Wall Street Journal might offer some clues to the nature of the mystery. The Wall Street Journal is not where you would expect a game peripherals company to advertise — the average age of its readers is nearly 60, with 56% occupying top management roles in businesses, according to WSJ audience demographics.

Clearly, the advertisement is targeted not at gamers, but at business people. Knowing that Razer is likely to stay privately-held (no IPO on the cards!), my speculation is that whatever announced will be a new product which opens new markets for Razer outside of game peripherals. The only known Razer product which fits the cards at the moment: the Switchblade. 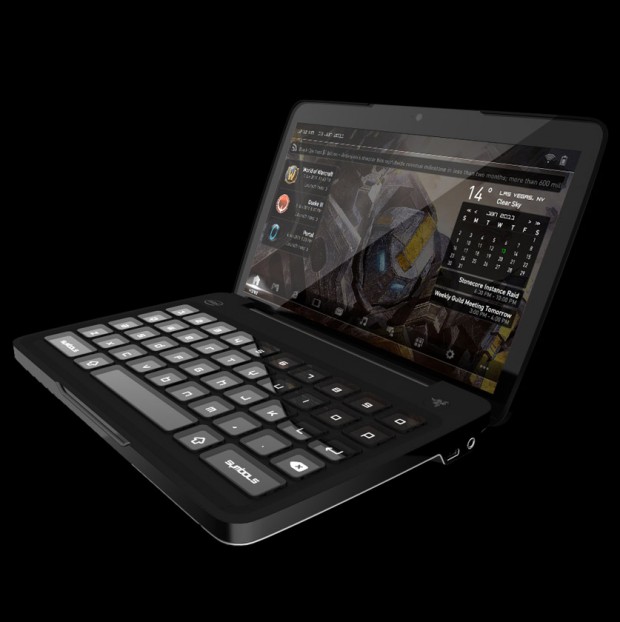 Could the big reveal end up being the Razer Switchblade?

The Switchblade is Razer’s attempt to bring traditional desktop gaming to a portable form factor. It’s many, many steps away from Razer’s core business of making mice, keyboards and headsets: this is a full-blown PC netbook. Going into the PC manufacturing industry is risky, but it certainly has the potential to open up an entirely new product line and market for Razer by following a business model similar to Apple’s standardised Mac computers.

There’s one problem with the Switchblade speculation though: Up until recently, the Switchblade was thought to only be a proof-of-concept and not ready for mass production. But all that was turned on its head just last month, when China-based game developer Shanda Games announced that they would be optimising their games for the Switchblade UI. That begs the question: Why optimise games for hardware that doesn’t even exist in the market?

Perhaps “soon” is going to be sooner than we all thought.

On the PAX Prime schedule, Razer CEO Min-Liang Tan is hosting a panel titled “PC Gaming is (Not) Dead”:

Join Razer CEO Min-Liang Tan for a live presentation of Razer’s new, groundbreaking project for PC Gamers worldwide. If you were impressed with Razer’s Switchblade concept, which won the Best of CES 2011 People’s Voice Award, wait until you get a load of what Razer has in store for you at PAX Prime. Don’t miss this opportunity to experience first-hand, the hottest thing to redefine the industry.

Judging by the description of the panel, it appears that Razer has taken the Switchblade concept and developed or evolved it into a consumer-ready version that is suitable for mass production. Perhaps its even console-like in its simplicity, hence the sneaky brackets around the word “not”.

And if the big reveal is not a consumer-ready Switchblade, then my bets are on new hardware outside of Razer’s current mouse, keyboard and audio line up. We’ll know for sure when Friday comes around.