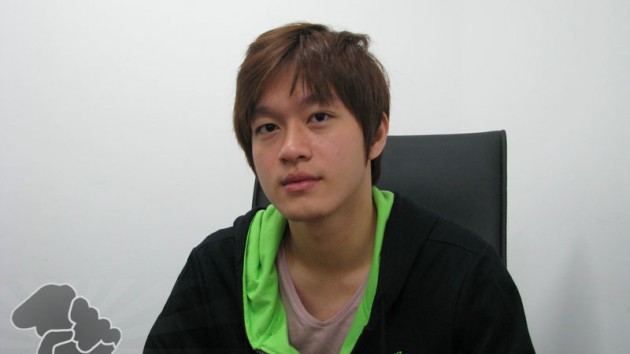 Scythe.SG made history last weekend when they placed third at The International Dota 2 Championships held at Gamescom in Cologne, Germany, instantly becoming the most successful gaming team in Singapore by prize earnings. I interviewed Scythe.SG’s team leader Han Yong “hyhy” Lim, in which he revealed that the team only had a week to practice after coming out from months of inactivity and that he doesn’t consider being placed third at The International to be his most prestigious tournament finish.

In part one of the interview, hyhy talked about Scythe.SG’s pre-Gamescom preparation and their experiences during the tournament itself. Read on for part two of the interview, hyhy talks about the tournament’s impact on his family, the difference between Dota 2 and Dota Allstars, and whether he feels Dota 2 will be able to pick up from another similar game, League of Legends.

To me it was a personal achievement. You can also call it a personal relief for myself. I spent a lot of time and effort, and I sacrificed quite a lot of things for gaming, and finally this was some kind of payback or reward which I had expected out of Dota for a very long time. Finally, I can tell myself that all my efforts haven’t gone down the drain.

Putting aside the prize money, how does this win compare to your other victories with the top teams you’ve been a part of?

Actually, this isn’t my biggest win. Yes, the prize money is the biggest, but this wasn’t my biggest win. In 2008, my team, Zenith, went to ESWC and we won gold. That was the same year that ESWC went bankrupt and we actually got nothing out of it. I was wondering why the hell this happened to me. ESWC has been running for 20 years and the year we won, this happened. It was very disappointing. So I guess this (placing third at Gamescom) was good for me.

What did your family think about it?

My family supported me for this event, and I think it was mainly because it was very possible that we could get the prize money. I told my parents about it, that it was very prestigious and well-known and my parents supported it, unlike previous events which my parents were actually quite against. But over the years that I played the game, I think they kind of understood and shared my passion for this game. They’ve already seen me represent Singapore quite a few times. Although they are nagging and asking me to study everyday, a part of me knows that they’re actually quite proud of me in some sense.

Do you think that after this, and because of the size of the prize money, your parents have changed their perception of you spending a lot of time playing games competitively?

Definitely, the money played a very big part. Just one week before the event, before we flew to Germany, my mother did all the weird things like bringing food to my room, washing up my dishes and all that. She never does any of that, man. So, it’s a start. It’s a start.

How similar do you find Dota 2 as compared with Dota Allstars?

Dota 2 is completely like Dota, but also different in certain ways. The heroes look completely different, they reworked the graphics, the game itself is on a different engine, it’s no longer on Warcraft. Players will actually take a bit of time getting used to the interface. The mouse scroll, the map scroll, everything is different from Warcraft III. Even the fog of war is different. We took a full week to get used to it. We’re still getting confused with the hot keys and all that, they’re all different.

Do these graphical differences, like the fog of war, make a difference in terms of game play?

It makes a lot of difference. Sight is a very important thing in RTS games. Your awareness depends on your sight and your visuals. Fog of war affects whether you can get a successful gank on this guy or if it fails.

So what was the difference in the fog of war between the two games?

I’ll say that in Warcraft III, it had a fading time, and the fog of war and the visible area was very contrasting, so you can see it very clearly. In Dota 2, it’s not so clear. The fog is dark, the land is also dark. I was wondering if it’s just that we’re not used to the game yet. Perhaps it will be fine after you get used to it.

I think on the live stream, one of the casters mentioned that even unit movement felt different. Is this true?

So it’s actually the visual look of the game that throws you off, rather than the actual feel of the game itself.

Yes, the game play and everything else is actually the same.

I think that there will be some loyal Dota fans. LoL and Dota are of different categories. Although it’s still three lanes, two raxes, it’s a different game, as a whole, to me. Some people like it, some people don’t. For myself, I don’t really like LoL. I still enjoy playing Dota a lot. I feel that Dota is more professional as a game, no offence to anyone.

When Dota 2 comes out, do you intend to play Dota 2 competitive if there’s the opportunity?

I will go to where my prospects are better. Right now, from what I’m seeing, LoL provides me better prospects. There is a good team for me to join, and there is a good pool of players. As for Dota, in Singapore it’s very saturated, it’s very limited and most of the players in my generation are all moving on to National Service. Dota is going to be a problem for me if I want to break into the international scene.

Do you think Dota 2 will change anything about the Singapore scene when it is released?

As of now, the incentives are there, the prize money is there, it looks big. But it still depends on whether players want to play the game. Most players are the same — they play the game they are confident of winning at. We can only tell when the game is out.