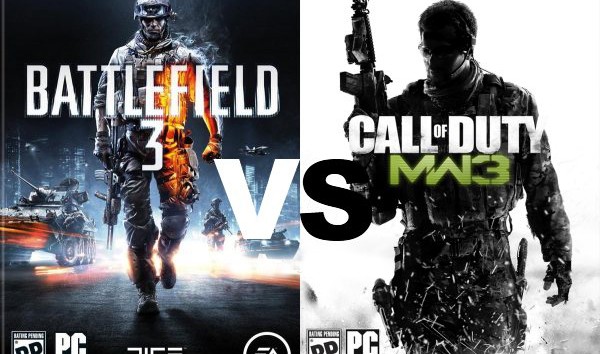 The battle for supremacy between Activision and EA’s respective FPS juggernauts, Modern Warfare 3 and Battlefield 3, has taken an interesting turn, with the announcement that MW3 would require the installation of Steam to play.

With BF3 requiring EA’s new Origin platform to run, this is the first time that two rival PC games will be using two opposing and exclusive digital distribution platforms to duel each other.

Think of it as something like the PlayStation 3 vs. Xbox 360, or PSP vs. Nintendo DS platform wars. Sony, Microsoft, and Nintendo are constantly releasing platform-exclusive games, in order to convince customers to adopt their console. Similarly, EA is adopting the exact same strategy here for BF3, and you can’t fault them for wanting to make their games Origin-only.

Except that Steam has had an eight-year head start over Origin. Since its public release in 2003-04, Valve has constantly tweaked and made numerous improvements to the platform, such as Steam Community (for social networking); Steam Cloud (for accessing game data across different computers); and perhaps the most significant feature of all, Steamworks.

Steamworks basically allows third-party companies to take advantage of the platform’s strengths: Fast and reliable game updates; Achievements; and Steam Cloud. Off the top of my head, some recent Steamworks games include: Borderlands, Duke Nukem Forever, and the Serious Sam HD remakes.

Perhaps during the development of MW3, Activision realised that they would not be able to compete against BF3 in terms of Origin’s social networking and communications functions, and simply turned to Valve’s Steamworks for help instead. It’s a win-win for both companies. Activision can focus more on designing the actual game, while Valve will be able to offer something to make up for the recent removal of EA games (such as Crysis 2 and Dragon Age II) from Steam.

Alarm bells were already ringing when EA recently announced that retail and digital sales of Star Wars: The Old Republic, another Origin-exclusive, would be restricted on launch day, “in order to assure a smooth launch”.

If you remember Half-life 2’s launch day on November 2004, the (then fledgling) Steam servers were brought to its knees as everyone was scrambling to decrypt the game. While I can understand EA’s good intentions, this is the first time ever in my 20+ years of gaming that I’ve seen a company deliberately limiting sales of its own games (!).

There simply is no margin for error with Origin, and EA is taking no chances with BF3. Activision and Valve both have nothing to lose with making MW3 Steam-exclusive — the platform is used by millions of registered accounts worldwide, and millions of copies of the Modern Warfare series have been sold over the past few years.

The ball is in EA’s court, and all the pressure in the world is now on them to deliver. Welcome to the new era of digital distribution wars.