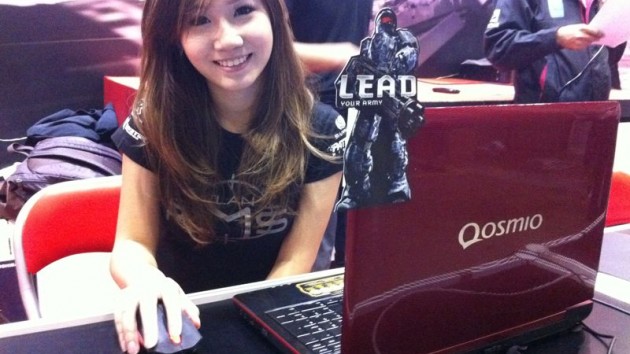 As part of the Toshiba Qosmio Challenge, the Asterisk* girls will be playing a game of Dota with visitors at the Toshiba booth on each day of COMEX 2011. The IT and consumer technology fair will run from Thursday to Sunday at the Suntec Convention Centre.

Eliza “MsJovial” Ong and Huayan “yan” Ng will be at the event on Thursday and Friday to engage visitors to the Toshiba booth in a game of Dota, while Kimberly “kimchi” See and Eliza “zhEn.chEwy” Tan will join them on Saturday. Asterisk*‘s full roster will make an appearance on Sunday.

Is it enough for mobile gaming? You’ll have to find out at Comex 2011 this weekend: booth 8143/8130 on level 4 of the Suntec Convention Centre is where you’ll want to be at.