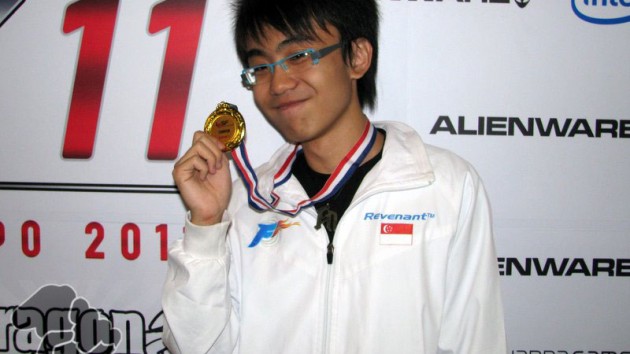 In the best of three series, Revenant (Zerg) took the first match against Muse (Terran) on Metaloplis, but lost the second match on Xel’Naga Caverns after Muse adopted a more defensive strategy which outlasted Revenant’s constant counter-attacks.

The finals then came down to tournament point on Shattered Temple, where Revenant built up a huge advantage at the 10-minute mark after Muse failed to siege up his Siege Tanks and allowed Revenant to wipe out his gold base expo. Muse was unable to come back from the fatal error, leaving Revenant to win the match and the tournament.

Speaking to NGNT after the match, Revenant said that game two was the hardest for him: “The only time I felt I was not going to win was game two. I really wanted to just quit when the first two bunkers went up at my ramp at the fifth minute mark, but I told myself that I really can’t give up, I had to persevere.

“In hindsight, under the circumstances, I think I played the best game possible. Going for a triple hatchery build was far too risky as it’s hard to proceed from your natural to your third on Xel’Naga Caverns. I choose not to take the risk because I was already that far behind Muse, and I really needed to use a build I was familiar with.”

As the champion of the IESF Singapore Qualifiers, Revenant will be representing Singapore at the IESF World Championships, held in South Korea from 6 to 10 October. This will be Revenant’s third time as Singapore’s IESF representative, having already represented Singapore for WarCraft III twice in the previous two years.