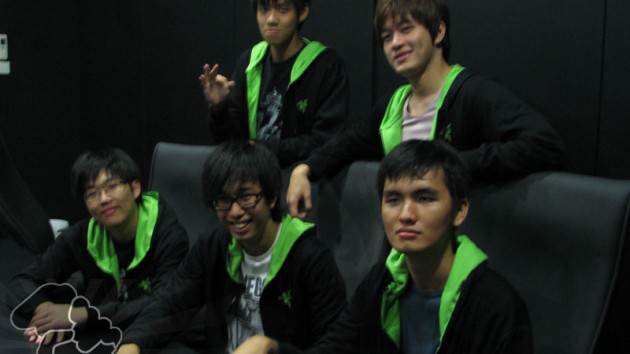 Scythe.SG — who recently placed third at the International Dota 2 Championship — is now part of Denmark-based professional esports team Meet Your Makers after signing a one-year deal with them earlier this week. The Singapore-based team will replace the previous MYM.DotA team led by Jacob “Maelk” Toft-Andersen. Read on for the details.

The new MYM.DotA will consist of:

Noticeably absent from the lineup is Xinglei “Chawy” Wong, who is likely busy with his commitments as captain of League of Legends team Aeon.GreenPotion. Replacing him is Malaysian Dota legend YamateH, who is coming out of retirement from professional Dota to play with MYM.

“The past year with Scythe Gaming wasn’t exactly the best one we ever had, but still it was a great run and I’m glad we marked the end with a third-placing at the DotA 2 International,” team captain hyhy said.

“Now we have come to a new beginning, I’m proud to confirm that my team and I will be working together with MYM for the year to come as their new DotA squad. We will put up our best for MYM and I’m convinced they will do the same for us.”

If the contract Scythe signed with MYM is similar to other esports team contracts, the players are likely to be paid a monthly allowance and will have travel and accommodation expenses incurred for overseas tournaments covered byMYM. In return, MYM should be getting a cut of the team’s tournament winnings on top of expecting the players to promote the team’s sponsors.

“(The Singapore players) have showed a strong stability over the past years while their achievements at SMM, ESWC and recently at the International showed what they were truly capable of,” MYM strategic director Laurent “Ange” Blum said.

“Without any doubt, gathering the skill of hyhy, iceiceice, ToFu, Roy and xy-, with the experience of YamateH, will create an amazing synergy.”