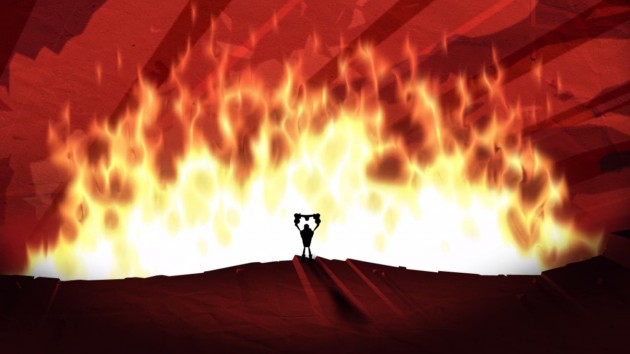 And so it was that after two games worth of monster slaying, orphan saving, thong wearing and being an all-round hero to the downtrodden, The Baconing greets us with an on-top-of-the-world Deathspank who’s gotten rather bored. Sadly, the latest instalment to the franchise does little to remedy that situation.

As a whole, what makes Deathspank so special as a series is in its purple clad boldness and the originality with which it portrays content. It isn’t afraid to offend, break the fourth wall or bury you in an avalanche of memes and Easter eggs. Deathspank even sweeps players off their feet with situations and dialogues that are so illogically out of this world that players will often find themselves questioning the sanity of the game’s writers.

The first and second games were brilliant by my standards. They were entertaining, easy to understand, challenging to master, hilariously funny and pushed the boundaries of what might be deemed as content that is “appropriate”. By the third game, however, Deathspank’s level of appeal starts to plateau. 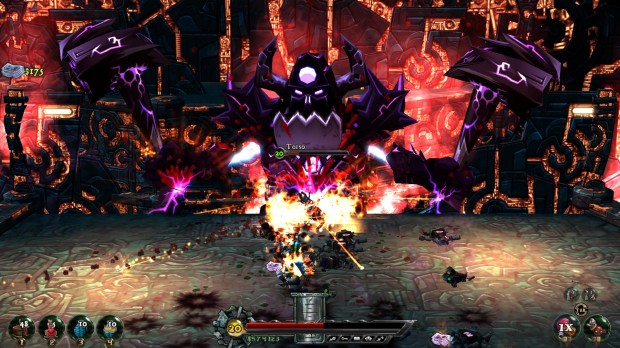 While the third instalment may possess all the franchise’s hallmarks of success, it doesn’t bring anything new to the table. From any perspective, really, The Baconing looks, feels, works and plays just as its predecessors did. The only real difference lies in its plot, which I have to say, isn’t as interesting and doesn’t quite motivate you as the first two games did.

In terms of gameplay, The Baconing does little to innovate or excite. Besides the fact that it mechanically functions the same as its forerunners, The Baconing’s quest content, itemisation and enemy encounters too haven’t seen any major revolution and as a whole, suffer from what is by now very typical presentation. I’d reckon even that in those areas, the game might even be considered somewhat weaker than what we’ve seen out of the series thus far.

Having played through the entire series as well, I felt that when compared to the franchise’s first two games, The Baconing does come up short and uncomfortably rushes you down a mind-numbingly linear path that turns Deathspank’s epic journey into a rather simplistic point-to-point quest marathon that leads up to a boss encounter and doesn’t quite live up to the amount of effort put into reaching it in the first place. 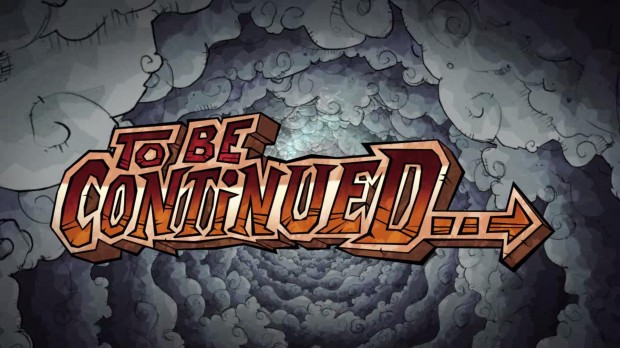 Only time (travel) will tell what is to become of our brave, determined, though rather daft, hero, Deathspank.

With all that I’ve written thus far, you must think that The Baconing comes as quite a unenjoyable game. However, barring some minor scaling issues in terms of difficulty and itemisation, the game isn’t critically flawed to the point of unplayable. The real issue at hand is that The Baconing doesn’t put across anything that is awe-inspiringly new. Ultimately, The Baconing was just plain boring. It is, very simply put, a full-blown re-hash of the past two games, albeit with a slight dip in quality.

For all the wackiness laced into the game’s visuals and dialogue, The Baconing just doesn’t manage to invoke the eccentric charm of the first two games that once captured the imagination of its players. With the third game, it almost feels as though that the franchise has reached a point where the freshness of its ambience and attitude has begun to drastically fade, so much so that for Deathspank at least, all the comedy, weirdness and references have become a very droll norm.