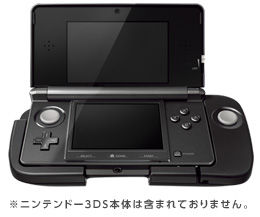 Nintendo has announced at its pre-TGS (Tokyo Games Show) conference that two Monster Hunter games, Monster Hunter Tri G and Monster Hunter 4, will be coming to its 3DS console. Tri G will be released on 10 December, while MH4 is still under development with no official release date. Both games will require a separate “3DS Slide Pad Extension”, which adds a second analog stick to the 3DS, to play.

But wait, what exactly does this mean for the 3DS in Singapore? After pondering on the announcement for two days, I realise that this is unlikely to enhance the popularity of the 3DS here, especially with the release of the Japanese PlayStation Vita looming at the end of year.

Monster Hunter is incredibly popular in Japan. Monster Hunter Portable 3rd, which was released for the PlayStation Portable in December last year, has been credited with single-handedly saving the PSP: Over three million copies of the game were sold within 17 days of its release in Japan.

Bearing this in mind, a Monster Hunter game coming to the 3DS is big news for Nintendo. It could be the game that will help boost sales of the ailing 3DS console, especially with Sony’s competing handheld console — the PlayStation Vita — due for release in December.

Good news for Japanese gamers? Sure. But for Singapore and the rest of the world, we are kind of screwed.

Of course, if Capcom produces a localised Monster Hunter Tri G and Monster Hunter 4 release for North America, this will not be an issue. I wouldn’t count on it though. Nine months after the release of the PSP Monster Hunter Portable 3rd in Japan, Capcom still hasn’t announced anything about a North American version. If it takes that long for a localised release, by then, gamers would have already lost interest in the 3DS.

And then there is the issue of the 3DS Slide Pad attachment. Do you seriously want to lug that monstrosity around? It adds a substantial amount of girth to the system, making the 3DS a potentially unwieldy device to carry. Also, it requires a separate AAA battery to work. I’m sorry, but having to bring the attachment, plus spare batteries with me every time I want to play Monster Hunter seems like way too much of an inconvenience for me.

Did I also mention that the Nintendo eShop is still unavailable in Singapore? Nintendo has been aggressively promoting the eShop since the 3DS’ release, where you can download videos, and purchase indie games and classic SNES titles. Essentially, it’s Nintendo’s counterpart to Sony’s PSN Online store for the PSP.

It’s been almost five months since the eShop’s release in other regions, and there’s still no news about it for Singapore. So what’s the point? Ambassador Program my arse.

Unless there’s an existing or upcoming 3DS game that you really want to play (which is not Monster Hunter), there’s still no compelling reason to purchase a 3DS here in Singapore. You’re probably better off waiting for the PS Vita. Its launch price will most likely be more expensive than the current cost of the 3DS, but it still has a far superior list of launch titles.

And the PS Vita is not region-locked. Need I say more?