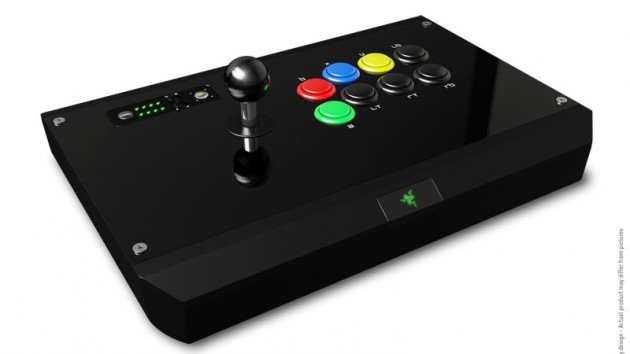 Razer announced a closed-beta gamer feedback program to design the “ultimate” arcade stick for the Xbox 360 today at the Tokyo Game Show, more than half a year since Razer CEO Min-Liang Tan first tweeted about the company making “a real tournament fight stick”.

The Razer arcade stick is about the same dimension as the Madcatz Tournament Edition stick, with the Start and Select buttons along the right side of the stick instead of the front like the TE. The Razer prototype also appears to be geared towards customisation and modding, with an easily opened cover and what looks like compartments for spare parts in case.

Update: The Razer arcade stick will use Sanwa parts, as confirmed by an update on the Razer Facebook page.

As part of the community feedback program, about 200 people will receive a prototype of the Razer arcade stick. They will then test the stick and give feedback for Razer to refine and improve on the product. To apply for the closed beta, apply through the Bred To Fight microsite.

Here’s to hoping that there will be a PlayStation 3 version of this arcade stick, or that Razer will use swappable cables to make it compatible with all major console platforms.