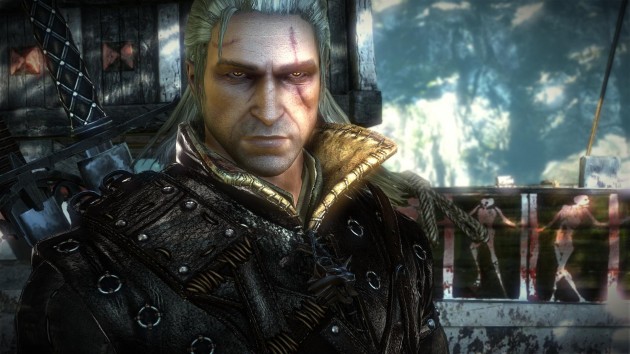 The Witcher 2’s recent patch to version 2.0 offers up a whole host of fixes and new features sure to tantalize any fan of The White Wolf. For a quick preview of the patch and my first impressions of the game’s new arcade styled Arena mode, have a quick look at this post. All of that aside, there is of course still much about the patch to explore and talk about, especially the introduction of what the game’s developers have very aptly labelled, Dark Mode. 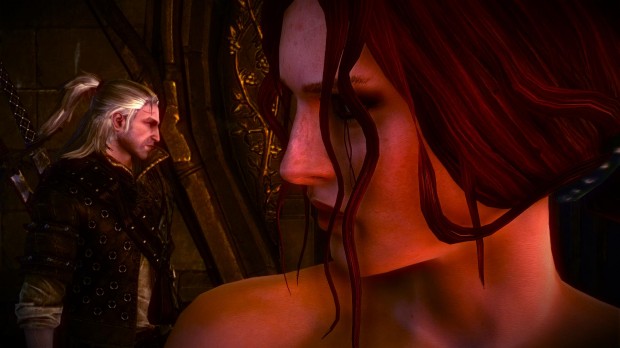 Before I get into the thick of talking about Dark Mode however, let me just quickly touch on the various improvements that version 2.0 has brought to the table.

At the time of its release, The Witcher 2 was a game that spoke of great design and genuine care on the part of its developers.  It’s a game that was well built, looked beautiful and across the board, made for an amazingly entrancing RPG experience. However, there were number of bits and pieces included with the game (inadvertently or otherwise) that did little but annoy and for some players even, made the game a tad too difficult.

Since then, The Witcher 2 has undergone a full generation of patches, capping off with patch 2.0, the game’s largest update to date. I am very pleased to say that as of 2.0 at least, a good measure of the game’s exploits, bugs and annoyances have either been fixed, improved upon or streamlined. Of particular note, combat especially, having seen numerous subtle but positive difference-making changes over the past several patches, has come a very long way and is more fluid and responsive than ever before. A couple of other noteworthy changes that simply cannot be ignored include a re-balance of Geralt’s talent trees (your Quen spamming days are over!) and overall streamlining of the game’s inventory and crafting systems. 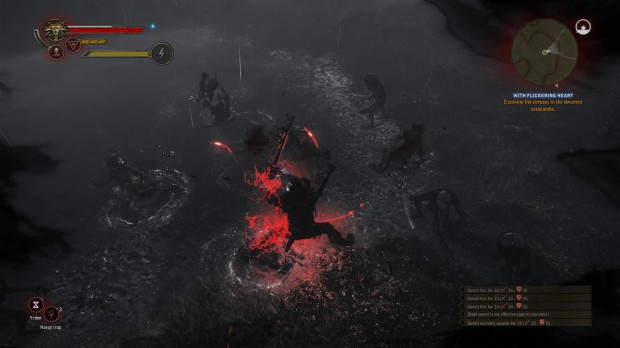 As I’ve mentioned earlier in this post, one of the newer bits that comes included with version 2.o is the option to play the campaign on Dark Mode, a new level of difficulty that nestles itself snugly between the game’s already existent Hard and Insane settings.

From a player who’s just completed a Dark Mode playthrough, I’d reckon that in terms of gameplay, its definitely tougher than Hard and comes pretty close to the challenge Insane offers. Unlike the by now infamous perma-death Insane mode mechanic that wipes your save files upon Geralt’s death however, Dark Mode’s kind enough to leave your precious files intact (phew!). To that end, Dark Mode may be regarded as an Insane-lite difficulty setting of sorts that seems to have been built to cater to players who’re well above the average but aren’t good (or crazy) enough to test their mettle (and sanity) against full-blown Insane.

Of course, all this talk of Dark Mode begets the question of what makes it so special (or dark) to have been named as such. For the benefit of those of you who’re unaware, besides being a tougher-than-average game mode, The Witcher 2’s Dark Mode also boasts a feature that sets it apart from the rest of the game’s vanilla difficulty settings, cursed equipment sets.

In each Act of The Witcher 2 on Dark Mode, you’ll be given the opportunity to gather materials for and craft a full set of armor and weapons that, even when compared to the best vanilla equipment each Act has to offer,  is mind-bogglingly overpowered. 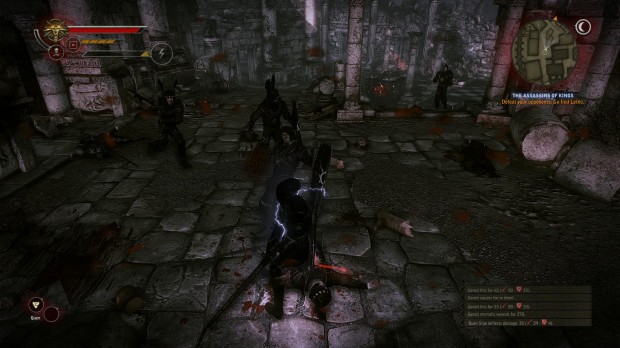 While powerful, these equipment sets are effectively double-edged swords. They’re extremely tough to craft, requiring so much orens and materials that you’ll probably end up having to “grind” on either monsters, dice poker or arm-wrestling matches for a short while. Also, if Geralt happens to draw his blade while the equipment set isn’t complete, he’ll be inflicted by a curse that continuously depletes his health till the blade is re-sheathed.

As nasty as all of that may sound, once you’ve managed to painstakingly assembled any full set of cursed equipment, you’ll reap a variety of well deserved rewards including, but not limited to, massive buffs to your damage output, carry load, vitality and proc/defence ratings. More impressively even, you’ll gain the passive ability to drain the health of any enemy that gets struck by Geralt’s blade. Vampire, much? As if The White Wolf weren’t lethal enough of a killer as he is, these equipment sets, when donned, turn Geralt into nothing short of a living juggernaut of death. Read my lips: B.R.O.K.E.N. 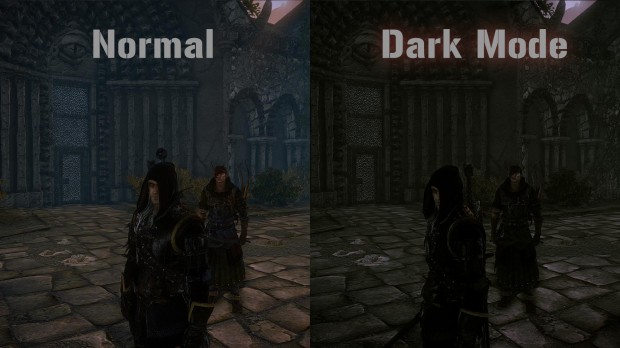 On a more visual note, the cursed equipment come with their own set of unique special effects. When Geralt draws any cursed blade, the game very literally gets darker as a black veil descends, blanketing your entire field of vision and devoiding everything of color, save for the distinctively bright splatter of crimson when blood is shed (three cheers for emphasis on gore!). In a crude sense, playing on Dark Mode kind of feels like you’re playing The Witcher 2 ala Noir. It’s an extremely cool bonus feature and although the black-and-white effect does get kind of annoying while exploring dimly lit areas, it subtly adds yet another dimension of character to an already intense and dark RPG.

For all of their extollable virtues however, bear in mind that acquiring the cursed equipment is highly optional. Crafting the cursed items does take quite a bit of effort. As much as I’d expect completionists (like myself) to go all out and work to the bone for these sets, doing so tosses the game’s pacing and flow off-balance due to the added need to “pause and grind”, so to speak. The items may be immensely fun to use but from a design oriented perspective, their inclusion just doesn’t seem very conducive to the overall game experience. Still, the cursed items are THE key features of Dark Mode after all so hey, why the hell not? 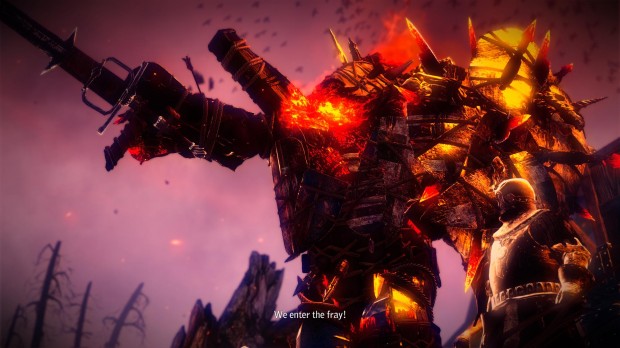 Overall, despite the slightest tinge of discomfort I personally feel from the manner of which Dark Mode’s cursed equipment sets were implemented, I can still assuredly say that the 2.0 mega-patch has taken The Witcher 2 and the franchise many miles in the right direction. As a whole, the game has seen numerous subtle improvements and has gotten more playable and enjoyable even with each passing update, all without compromising the core experience and storyline the game was built to put across. With possibly more DLCs (free no less!), an expansion and The Witcher 3 in the distant horizon, I can only foresee good things for CDProjekt and the continuing saga of Geralt of Rivia.

The Witcher 2 Patch 2.0: A Quick Look At Arenas