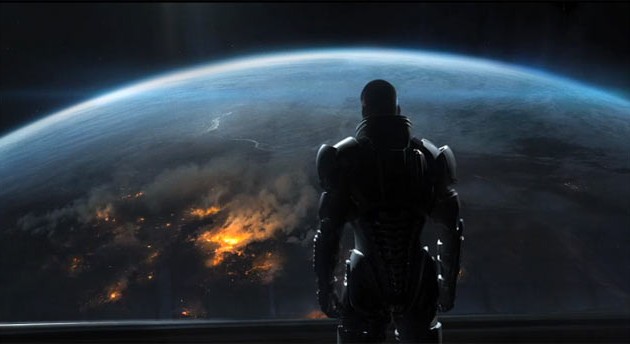 The Reapers are coming, and they’re bringing with them multiplayer gameplay to the universe of Mass Effect, I kid you not. I cringed, I was irked, I face-palmed, my heart broke and somewhere deep down inside, the ME fanboy in me died a little.

That’s right – Mass Effect 3 is getting multiplayer! We travel to BioWare’s office in Edmonton for hands-on time with the series’ first foray into online gameplay, and chat with Mass Effect Series Producer and Mass Effect 3 Project Director Casey Hudson about the decision to go multiplayer in the epic battle for the galaxy.

Suffice to say, this little tid-bit effectively confirms that Mass Effect 3 will boast multiplayer game modes in some shape or form. Beyond said confirmation, no one yet knows what multiplayer exactly entails, no one except Bioware of course.

While the prospect of ME3 featuring multiplayer is a topic that has been widely speculated about across all corners of the web, its confirmation comes as no huge surprise, really.  In fact, just a week ago, reports of an advert hinting at an ME3 online pass did little but fan the flames of rumor and debate.

With multiplayer gameplay details still up in the air, I guess the least we could do is sit in a circle, sing rousing  of chorus of Kumbaya and hope for the best.

As much as I objectively recognize that things could turn out very well for ME3 multiplayer, I am personally against this development and choose to sign with the camp believing that ME best works as a single player experience. To that end, that is all I shall say for now lest I slip into a spate of fanboy rage.

On a more serious note, we’ll most likely see some form of a “nailed on” co-op mode where players will be able to join up in small squads and battle against everything the Reapers can hurl at them in co-op campaigns or survival modes. Knowing what I do of the ME universe and how the past two games have played out, the likelihood of hard on PvP and competitive play seems very slim, unless they intend to have players assume control (tee-hee) of Reaper units and duke out against players fighting for their home planets and the Citadel.

Above all else, I hope to the powers that be that ME3’s multiplayer modes won’t clash with the single player campaign and content,  or end up a Shepard cluster-f**k for that matter.

So, what are your thoughts? Are you for or against ME3 multiplayer? What do you think we’ll see in terms of online content come the arrival of the Reapers?