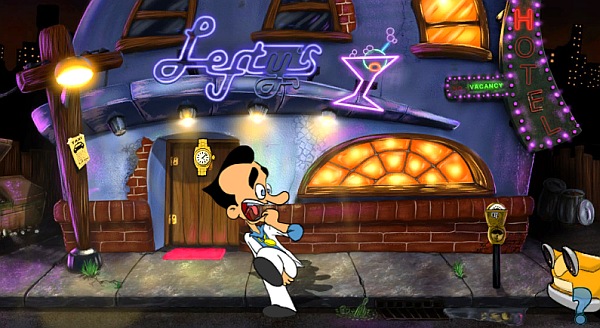 EGM reports that the Leisure Suit Larry games will be revived by series creator Al Lowe and Replay Games, beginning in 2012 which will mark the 25th anniversary of the first Larry game.

A HD remake of the first title, Leisure Suit Larry in the Land of the Lounge Lizards, will be released on almost every platform imaginable: Windows/Steam, Mac, iOS, Android, Xbox Live, PSN, and even On-Live. The remakes will feature improved graphics and audio, new voice acting, and better controls.

Should the remake be successful, Replay Games will then continue remaking games two-to-seven, with a possible sequel after that.

My thoughts:
I only managed to play Leisure Suit Larry 7: Love for Sail, the last Larry game produced by Lowe, back in 1997 when it was released. While I am not a big fan of adventure games, I greatly enjoyed Larry’s lovable-loser personality, the humorous references, and of course, the softcore titillation that the series is renowned for.

Hopefully this HD remake will be able to attract a new generation of fans. And Love for Sail did end on a cliffhanger, so yes, I’ve been waiting almost 14 years for a proper Larry 8 sequel.