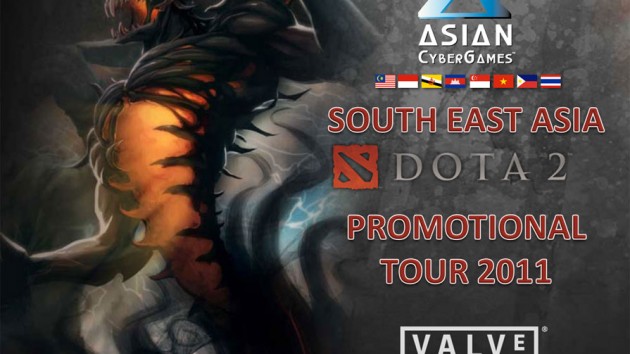 e-Club Malaysia, distributors of Valve games in Southeast Asia, have announced a Dota 2 promotional tour to drum up excitement in the region for the yet-to-be released game.

The promotional tour will make stops in the Philippines, Indonesia, Singapore and Malaysia on the following dates:

The final stop of the promotional tour — the Asian Cyber Games Dota 2 Malaysia Invitational — is an invite-only US$10,000 (S$12,600) tournament which will feature eight teams from Singapore, Malaysia, Thailand, Vietnam, Philippines, Indonesia, Brunei and Cambodia.

The tournament will be held at the Kuala Lumpur Convention Centre with the following prize money breakdown:

According to an e-Club spokesperson, the teams invited will entirely be up to the organisers discretion and will not be linked to any previous tournament. As an example the spokesperson quoted, the winning team at the License 2 Play Singapore Dota 2 Invitational maybe not necessarily be invited to participate in the Malaysia Invitational. 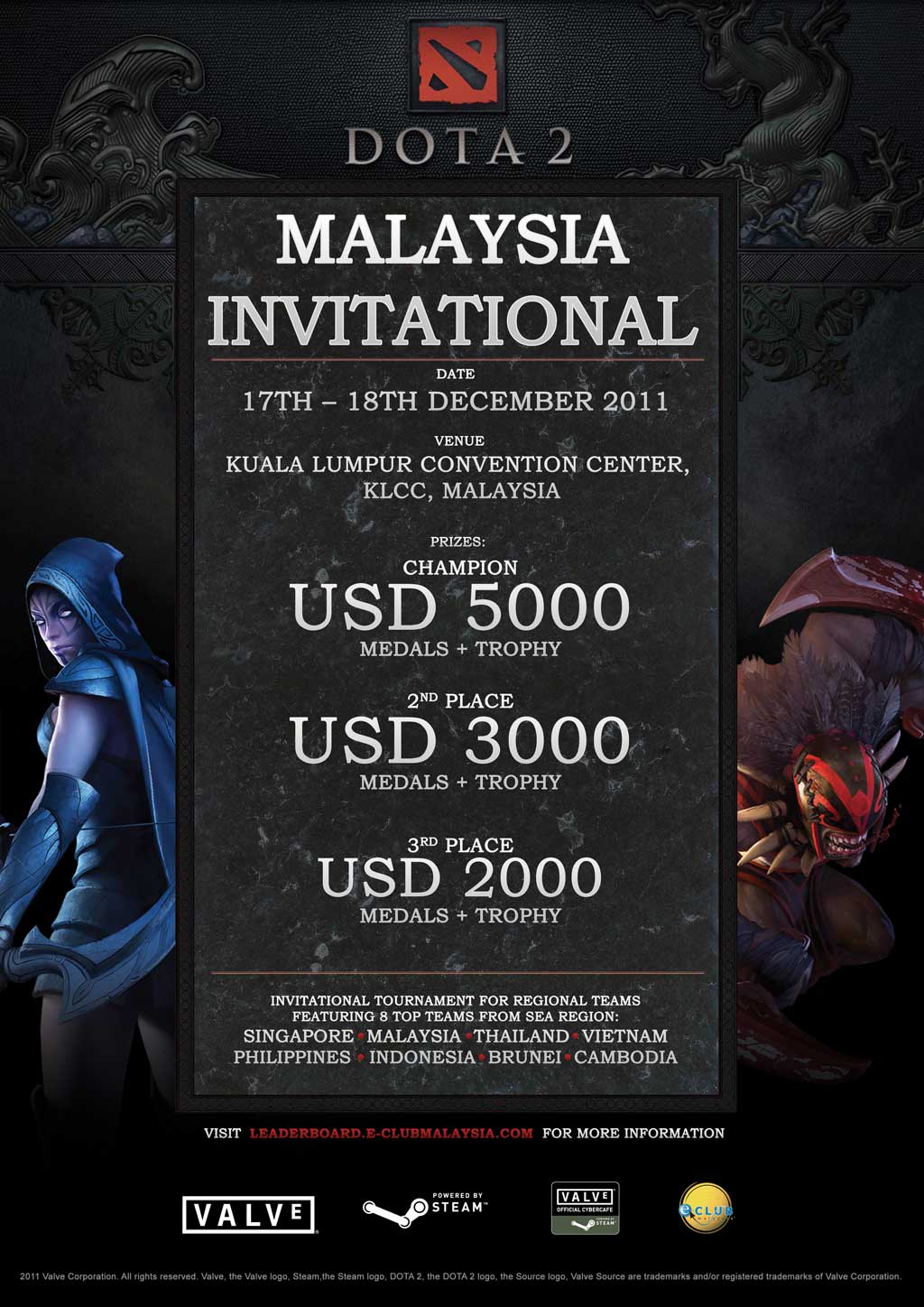 Join the Dota 2 discussion on our forums!