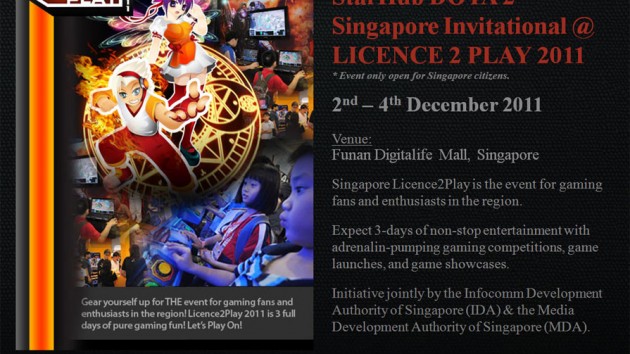 A second License 2 Play event — smaller in size than the previous one in May — has been confirmed for early December, and will feature a Dota 2 tournament with StarHub as the title sponsor.

The event, which typically features a wide variety of toys and games, will be held from 2 to 4 December at Funan DigitaLife Mall — a much smaller venue than previous License 2 Play events, indicating that the event will be scaled down compared to previous editions of the License 2 Play which were held at the Suntec Exhibition Centre.

While the License 2 Play website has not been updated since the last event in May, details about the upcoming December event were revealed by the website for e-Club’s Dota 2 Southeast Asia Promotional Tour.

The e-Club website also indicates that the StarHub Dota 2 Singapore Invitational tournament will be one of the events at License 2 Play. An e-Club spokesperson revealed that StarHub has committed to sponsoring prizes for this tournament, but no further details were available at this point in time. 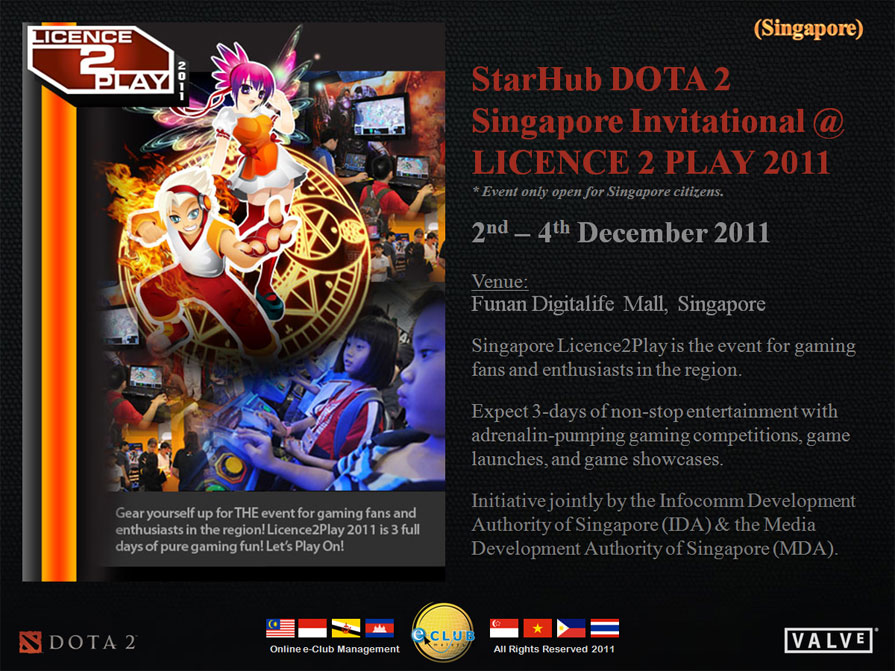 Join the  Dota 2 discussion on our forums!