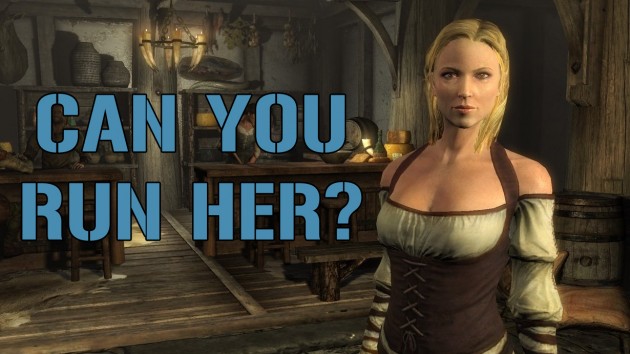 The massive RPG juggernaut that is The Elder Scrolls V: Skyrim is but a couple of short weeks away, sixteen days to be exact. As we march on along the road towards its hallowed release, it would probably do all of you PC gamers (myself included) some good to take not of exactly what you’ll need to get the game up and running.

This comes a little late but for those of you who haven’t had a peek at it, Bethesda has posted the system spec requirements for their upcoming release up over at their blog.

Also, as a bit of a consolation prize to our readers for having posted these late, here are a number of extra bits of information that you may find useful, filtered from staff responses over at the blog’s lengthy comment boards.

And there you have it. So far, it’s sounding pretty good to me. With what I’ve got on hand, I reckon that I should be able to push the game at “Ultra” settings with little issue. For everyone else of you who’re aching to play and don’t quite meet the system requirements yet, you might want to get yourself an upgrade, or a console, within the next couple of weeks.