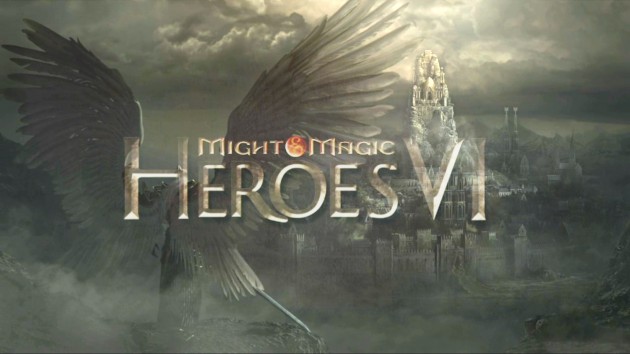 I managed to stop myself mid-motion as my palm hurtled towards my face at a speed of 88 mph. “Don’t be hasty,” I told myself, “Just because they changed quite a few things in Heroes of Might and Magic VI doesn’t mean that it’s bad”. And you know what, HoMM VI is actually pretty good.

I know, I know. It’s been almost two weeks since the game’s release but hey, I’ve got a life you know… Well… No I’m just lying, I have no friends. *Cry*. 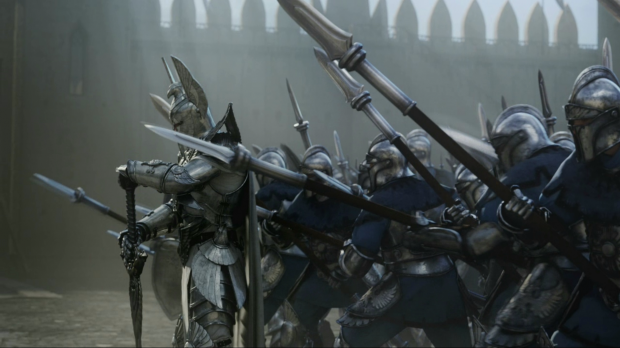 So what’s different about HoMM VI? Plenty! For starters, like every other game of the 21st century, you have to be signed up and be registered on Ubisoft’s Uplay software service before you can even boot up the game. That was one reason why I was so close to casting Bigby’s Facepalm on myself. It’s ironic how you pay money only for companies to make your life difficult while on the flipside, piracy makes life easy, and free of charge. That aside, Uplay tracks your in-game achievements and you receive U-Points for certain achievements, this of course can be exchanged for in-game rewards for any other Ubisoft game you might own, which is pretty cool. 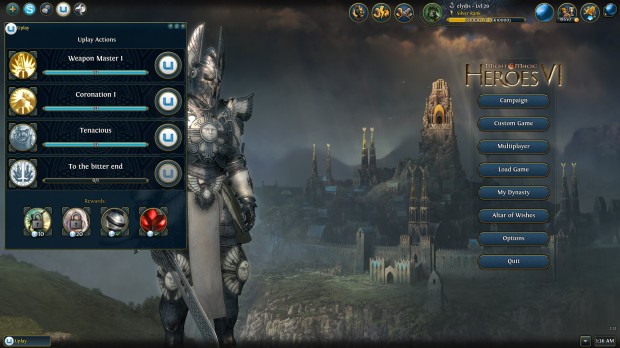 I’m not getting any benefits from Ubisoft, if you are wondering.  Anyway, moving on to major changes. The first of many things you’ll notice is the major graphical and artistic overhaul since Heroes V. I have to say that the game looks really good, kind of like a Brazilian supermodel with strategically placed foliage to hide the naughty parts. 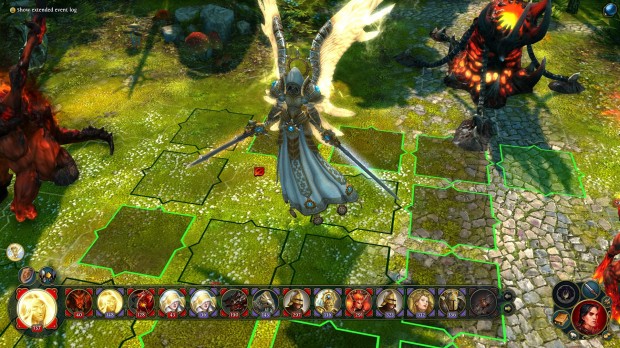 Haven's most powerful unit, the Seraph 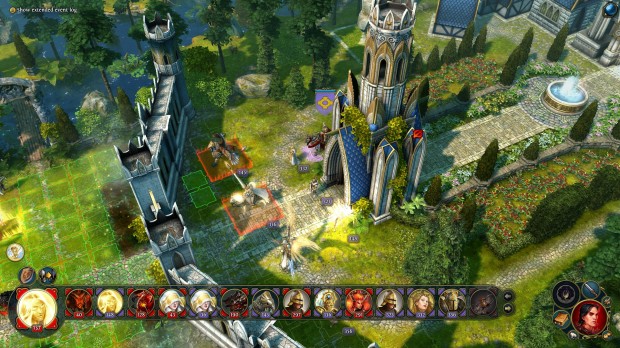 Going into the gameplay elements, one of the first things you will notice is the fact that you now only have four resource types, Gold, Wood, Ore and Blood Crystals, as compared to the classic seven resources of Gold, Wood, Ore, Gems, Mercury, Sulphur, and Crystals. Additionally, Mines are no longer controlled individually but belong to a control area. This means each mine “belongs” to a Town/Fort and whoever controls the Town/Fort controls all the mines that have been flagged by a player in that control area.

A control area is demarcated by two obelisks of your player colour and these obelisks also act as an entry point into your realm. How does this affects gameplay? Well, to steal resources from a mine in a control area, you now need to capture the mine and have a hero stay on it at the end of each turn to deny the other player the resources. 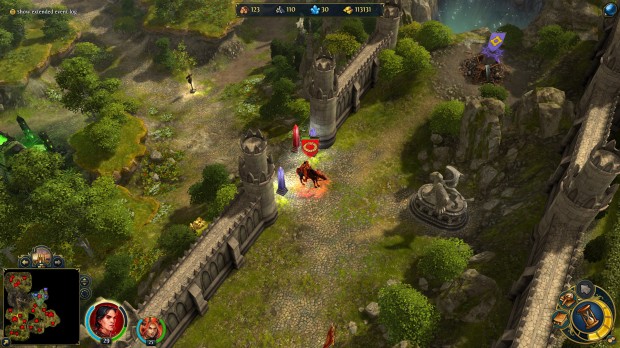 The next thing of note is levelling. Traditionally, with each level your hero earns, he/she will have the opportunity to select one out of four skills that are randomly generated based on your role (might or magic) and your faction. In HoMM VI however, whenever your hero levels, the hero earns an Ability Point which can then be used to buy Passive or Active Abilities. This is further separated into Might Abilities and Magic Abilities. In HoMM VI, all spells must be unlocked by spending Ability Points on the corresponding Magic Ability. For example, I wish to learn the Slow Spell, I must spend an Ability Point on the Slow Magic Ability to use it in combat. 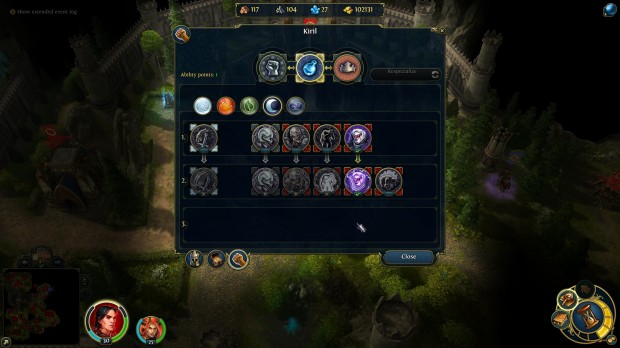 While Magic seems to have taken a hit with the nerf bat, Might has been buffed with more useful Abilities. There is a tier-3 Might passive ability that allows your creatures to retaliate even before the enemy lands a hit on your creature. That my friends, is just plain sick. I’ve wiped out multiple stacks of adversaries by simply teleporting my creature in and pre-emptively “retaliating” everyone to death. 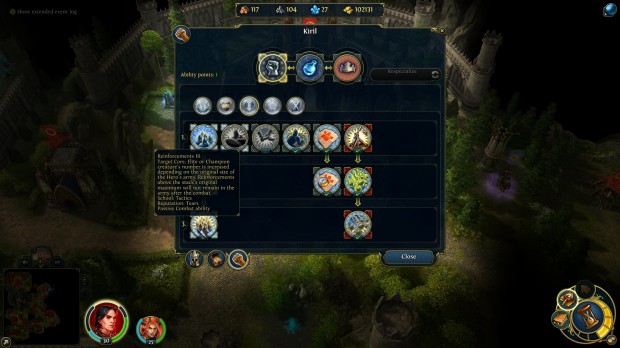 On a side note, each hero will also fill up a Tears/Blood bar based upon how warlike or diplomatic the players are. This bar acts as a Paragon/Renegade point tracker and completely filling a Tear/Blood bar will provide new and powerful faction abilities. Also, reminiscent to the newer King’s Bounty games by Russian publishers and developers 1C, HoMM VI has a multitude of “Boss” battles where your army is pitted against a single creature of incredible power. 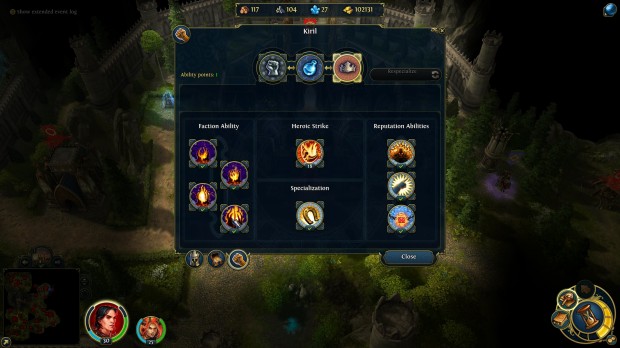 Another cool feature is Dynasty Weapons, which are basically powerful artifacts that can be accessed by any hero in a campaign and even in a multiplayer game, so long as the setting to allow Dynasty Weapons is checked. Each Dynasty Weapons starts at level 1 and has a maximum level of 5. Dynasty Weapons level up by being equipped on a hero and having said hero earn experience points, with every level, Dynasty Weapons will grant the user new abilities or even augment existing stats. Furthermore, the levels earned on a Dynasty Weapon do not disappear at the end of a game but retains its level to be used on another map. 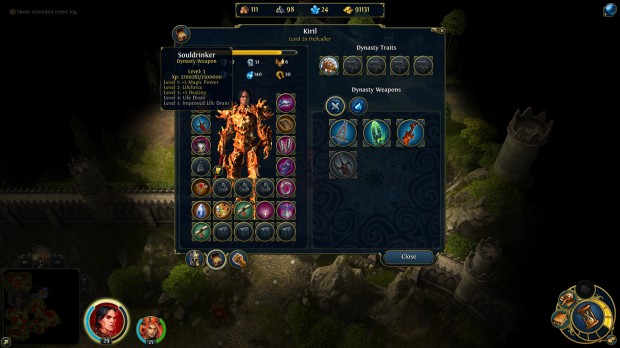 Some weapons can only be used by Might Heroes

Looking at HoMM VI in its entirety and all the changes that have been made, one can’t help but conclude that most of the design changes were made to gear players towards a more aggressive playstyle. Control areas effectively eliminates the need for individual mine capping and encourages players to directly attack the opponent’s Town/Fort. The change to Magic and Might heroes help balance the game tremendously and open up new tactics and playstyles. 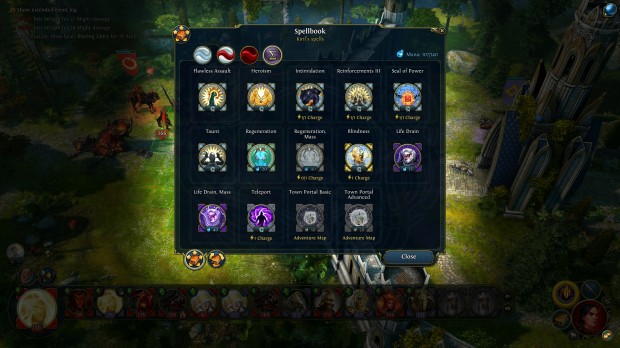 Time to bring on the pain

At the end of the day, I, as a self-proclaimed Heroes of Might and Magic fanboy and veteran player, feel that HoMM VI is a great addition to the HoMM franchise and an interesting prelude to the storyline in HoMM V and Dark Messiah of Might and Magic. HoMM VI was daring enough to revamp the system yet at the same time, manages to capture some of the magic from the old HoMM series.

I would definitely recommend it to both veterans and newbies. You can purchase HoMM VI on Steam for around US$50, which converted over to SGD should be around SG$60. That’s SG$60 well worth spending, if you ask me.