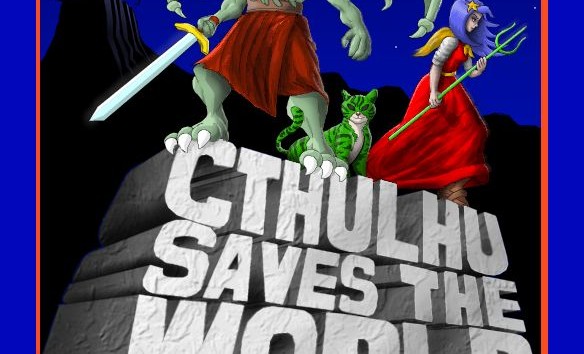 Videogames based on Howard Phillips Lovecraft’s Cthulhu mythos are nothing new, but Cthulhu Saves the World is the first game to cast the deity in a satirical RPG setting. The story is every bit as ludicrous as the game’s title suggests, parodying and paying homage to both Lovecraft’s works and classic JRPGs.

CStW is one of the most enjoyable games I’ve played in 2011, and it’s not because I’m a fan of Lovecraft, JRPGs, or retro games in general. It simply is a great RPG: clever, fun, challenging, and sprinkled with tonnes of wackiness. 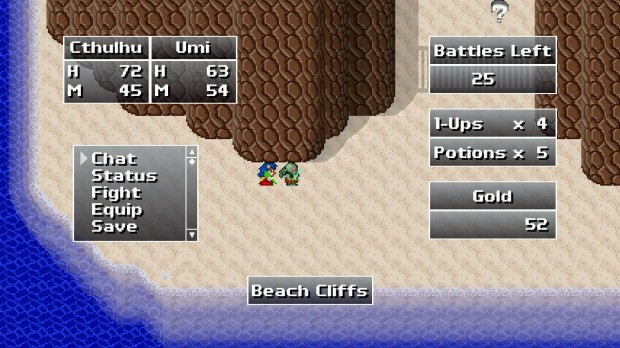 The gameplay is exactly as you would expect from any old school JRPG like Final Fantasy or Chrono Trigger. You explore a world map filled with towns and dungeons, talk to NPCs, obtain quests, and recruit new members into your party.

CstW introduces some unique mechanics on its own, and simultaneously avoiding the genre’s most irritating inconveniences. There are only four types of inventory items: weapons, armour, potions, and 1-UPs. Potions will always revive, restore, and fully heal a party member, making them useful from start to finish. The best items to give your characters are always clear, eliminating the tedium of inventory hoarding and management. 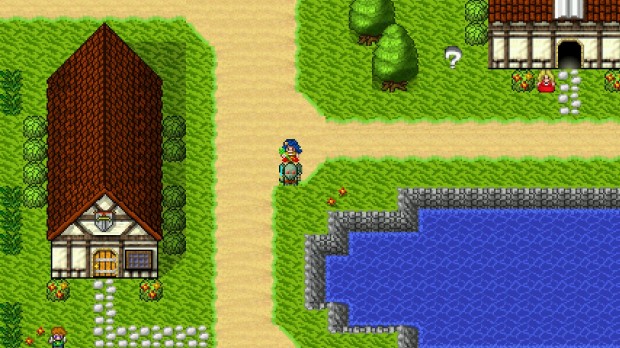 Random encounters, the bane of all JRPGs, exist in CStW, but the game has a smart way of mitigating it. Once you’ve endured around 25 random battles for a particular dungeon, they will cease entirely, although the option to trigger a dungeon battle from the game menu is available if you ever need to grind some experience.

The world map however, requires 200 random battles to be completed before they stop coming. Fortunately, you will gain access to a flying vehicle about three-fifths into the game, similar to the second World of Ruin act in Final Fantasy VI, giving you an easier and combat-free means of exploring the world from that point onward.

CStW’s combat system is challenging, especially for the first 3-5 hours (sometimes too challenging – expect to die and reload a lot). It is turn-based, and most similar to the Shin Megami Tensei series, where the order of actions are determined by the party member or enemy with the highest Agility stat. Success depends on finding the best synergy among your team, and executing their abilities in the correct order. 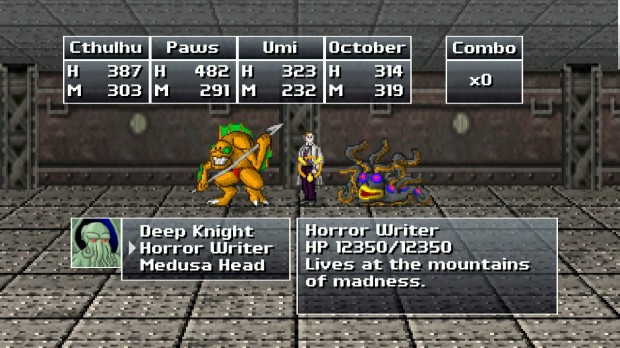 Your characters will level up based on a branching system of rewards that can drastically change their roles and combat styles. Cthulhu, for example, starts out as a fighter, but you can focus on enhancing his magical skills to turn him into a viable fighter-mage. Conversely, Umi, a party member you meet at the start, can be transformed from a caster-healer into a deadly strength-based damage dealer (hint: focus on her Strength stat, Electricity passives, and Thor’s Call).

There is no in-game “map” feature for the world map and its dungeons, which makes exploration a real hindrance at times, especially when the random encounter limit has not been exhausted yet. Although your party’s health is restored to maximum after every battle, only a small amount of MP is recovered, which can start to take its toll if you’re lost in a dungeon. At the end of the day, it’s a small annoyance, as you can simply teleport back to town to heal your MP back to maximum, and re-enter the dungeon again. 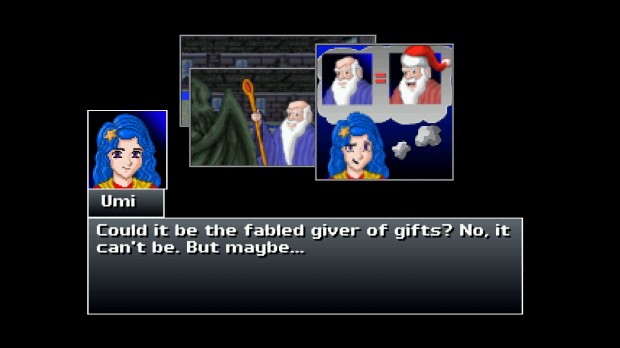 Did I forget to mention that CStW is an indie game? The developers, Zeboyd Games, consist of only three people, yet the game features an incredible amount of polish with its top notch sprites, artwork, and soundtrack. The default story takes about 10-15 hours to finish, with several New Game+ modes unlocked after completion (Cthulhu’s Angels, Score Attack, and Highlander). Cthulhu’s Angels drastically alters the main story to new levels of hilarity, introducing new characters, items, and monsters, and is essentially a must-play mode for its sheer silliness and replay value.

At only US$3 on Steam, there’s no reason at all why any RPG fan shouldn’t give this game a try, because you also get Breath of Death VII, Zeboyd’s previously released RPG, along with CStW.

A definite, strong contender for PC indie game of 2011.

The author played the Steam PC version of Cthulhu Saves the World, completing the main story on Normal difficulty and messing around with the New Game+ modes for about 30 minutes. The game is also available on Xbox Live Arcade. The PC version is selling for US$3 on Steam, and comes bundled with Breath of Death VII.